I’m not a baby boomer, so I thought that maybe the incredibly banal sentence “I’m sorry to say the band has broken up” was uttered mournfully by Paul McCartney at a famous press conference or something, but turns out nope! Turns out that this is just a sad attempt to build a joke a backwards from a possibly real-life incident in which a FitBit — wait, sorry, “Never-Quit-Bit” — band broke, and the only band (in the group-of-musicians sense) that came to mind to make the joke specific was the Beatles. Which, I get it, know your newspaper-comic-reading-audience, but … couldn’t we come up with a more contemporary reference? One Direction? Didn’t One Direction just break up? (I’m not a baby boomer, but I’m also not, like, a young person, so I don’t actually know.) 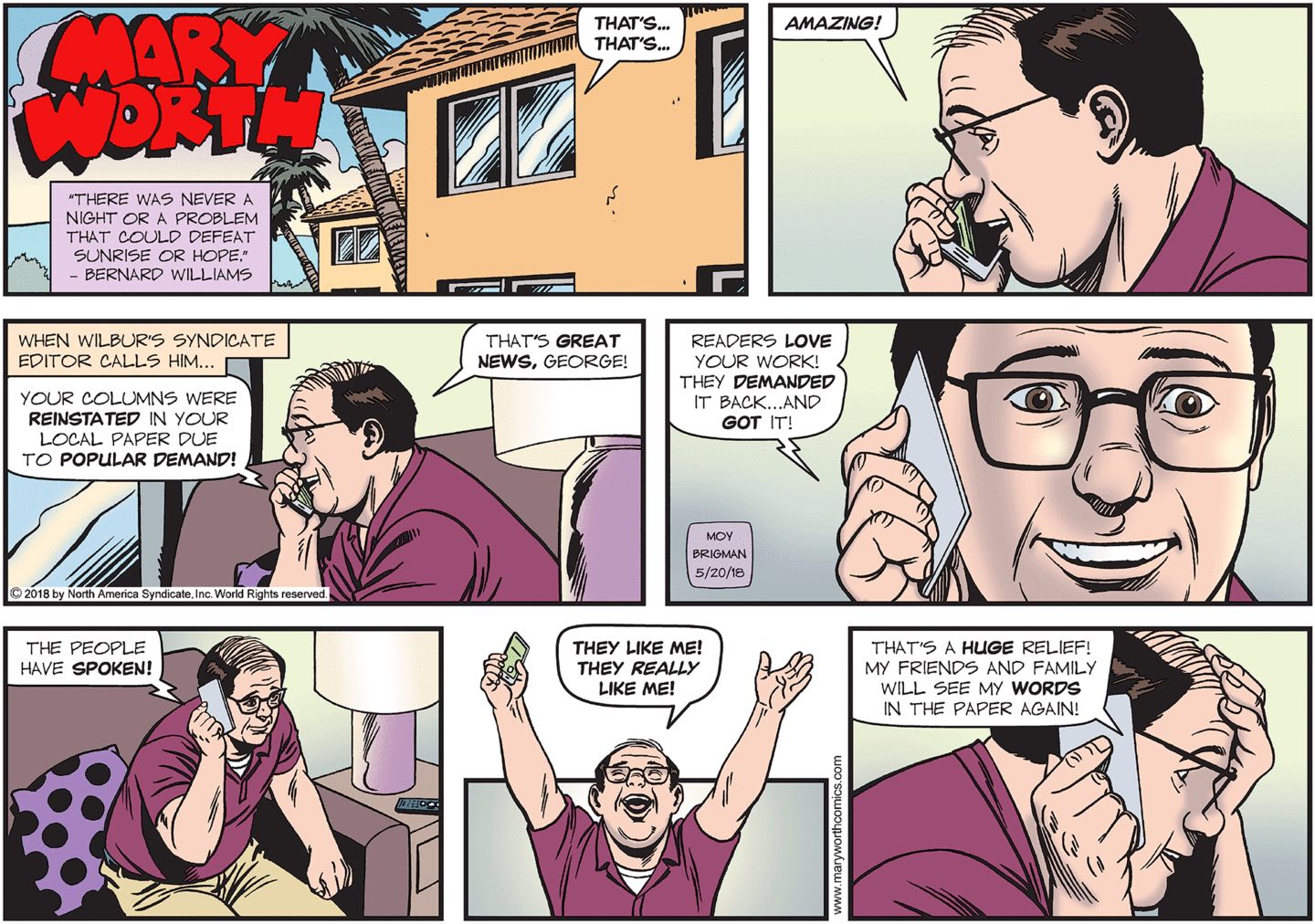 Sorry, guys, I won’t apologize for just cackling in cruel delight whenever Wilbur overcomes some pathetic life drama and claws his way back up to the level of mediocrity he’s comfortable with and then just spasms with delight! The classic example of this is obviously “I shouldn’t be alive … but I am!”, but also let’s not forget the time that Wilbur used his Ask Wendy column to advise a lady to dump her husband, and when she did and regretted it, she sued him, but the case was thrown out on a technicality, leading Wilbur to literally vibrate with relief like a tuning fork. The penultimate panel here is great on its own, of course, but what really makes it special is the context, which is that Wilbur is talking to his editor in the panels before and after it, and there’s no indication that he’s muted the call in between. 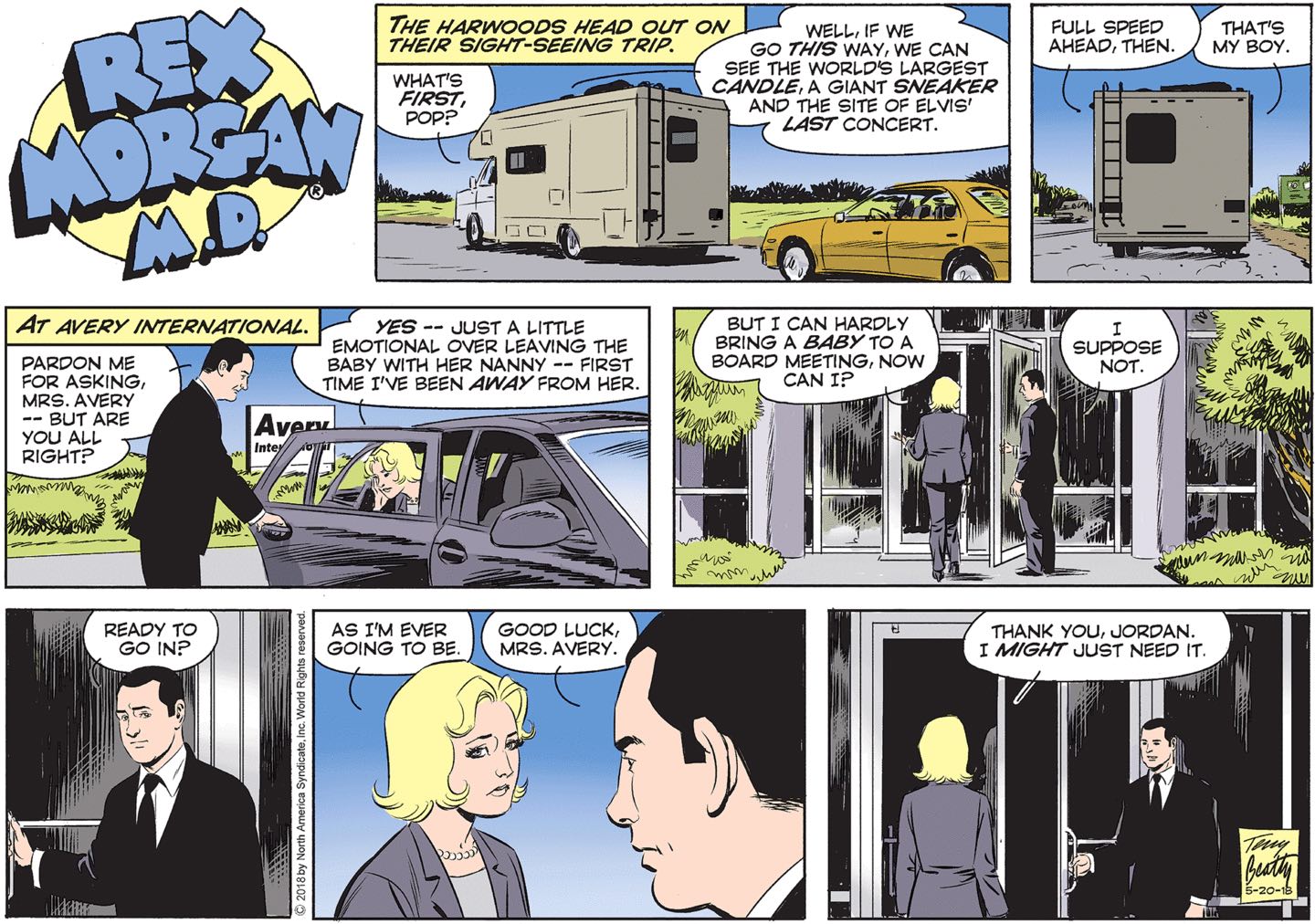 The last time Heather entered the Avery International board room, of course, it was to prop up her dementia-striken husband, hoping against hope that he could hold it together long enough to fool the board into thinking he still had control of his faculties and could therefore legitimately block a corporate merger that would’ve probably benefitted company shareholders. She committed this fraud for no reason beyond spite against Milton’s son. But bringing in a baby would obviously be beyond the pale!

I sincerely hope that the narration box in panel four is meant to indicate that, here in the back room of Bank Mazuma, a mysterious robotic voice from nowhere suddenly announced “Lights out! Everybody dance!” and then the rest of this gunfight is scored to extremely aggressive techno music.