Monday is starting with BIG MARY WORTH NEWS, everybody: it turns out that Professor Ian Cameron will not just give you a good grade even if you don’t do your assignments, no matter how vigorously you wink at him. With that out of the way, we can now begin to explore the fact that he’s been ignoring his wife for entirely non-affair-related reasons, probably because he just doesn’t like her very much.

Hmm, now I’m beginning to lean away from my longstanding “Hootin’ Holler is an extremely impoverished community that’s geographically, economically, and culturally isolated from mainstream American life” theory and pivoting to “Hootin’ Holler is a deliberately anachronistic intentional community/compound, much like the titular setting of M. Night Shyamalan’s The Village.’ 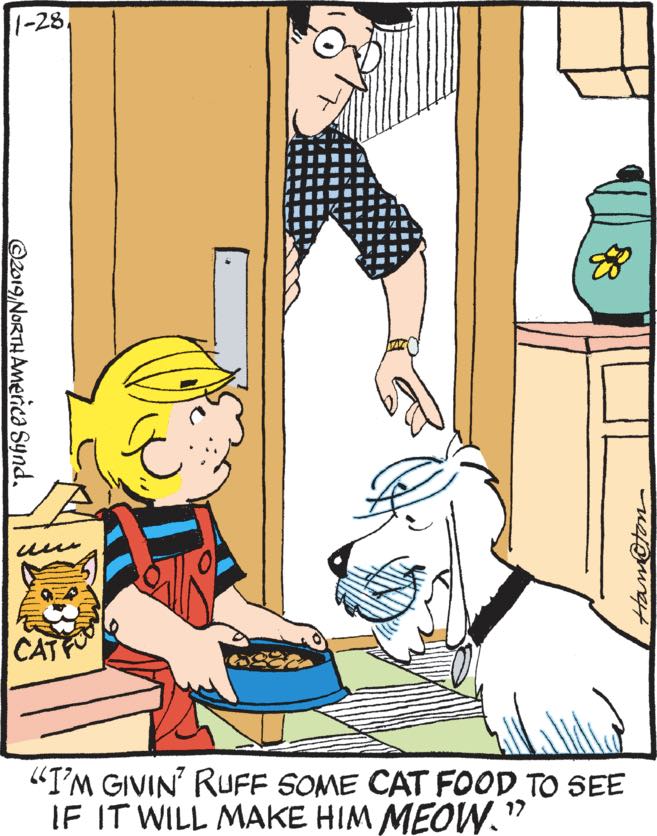 Dennis Mitchell only received the nickname “the Menace” during his trial for crimes against humanity, when the results of his awful genetic experiments came to light, but there were signs of what was to come from a very early stage in his life. 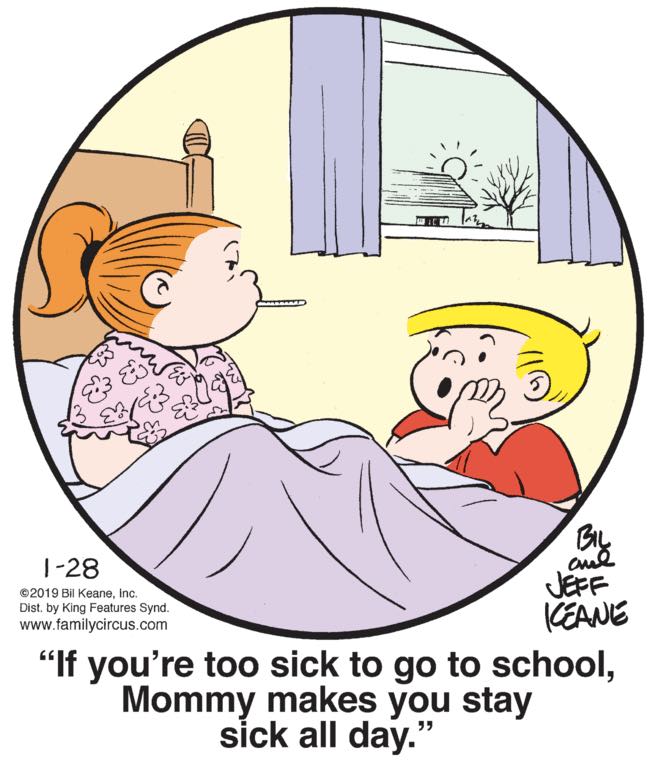 I admit that I’m still having a hard time trying to figure out what Sam and Silo’s deal is, even in terms of its cultural situation, by which I mean: what are the things outside of itself, in the larger cultural universe, that it references? Today we have name-checked the most famous political crisis in American history and … a 2006 cheating scandal in international test cricket? Never change, Sam and Silo, you delightfully unplaceably weird strip!