Yes, we’ve all been very sad about the end of Newspaper Spider-Man, but at least we’ve been promised a trip through the strip’s forty-plus years of archives before King Features and/or Marvel figure out how to better cash in on MCU Mania in the funny pages. This week we’re getting our first rerun storyline and it’s from … literally less than five years ago????? Come the heck on, Newspaper Spider-Man, I want to see Peter Parker being a sullen dick in the ’70s and I will not be featuring you on this web-log until then, good day sir 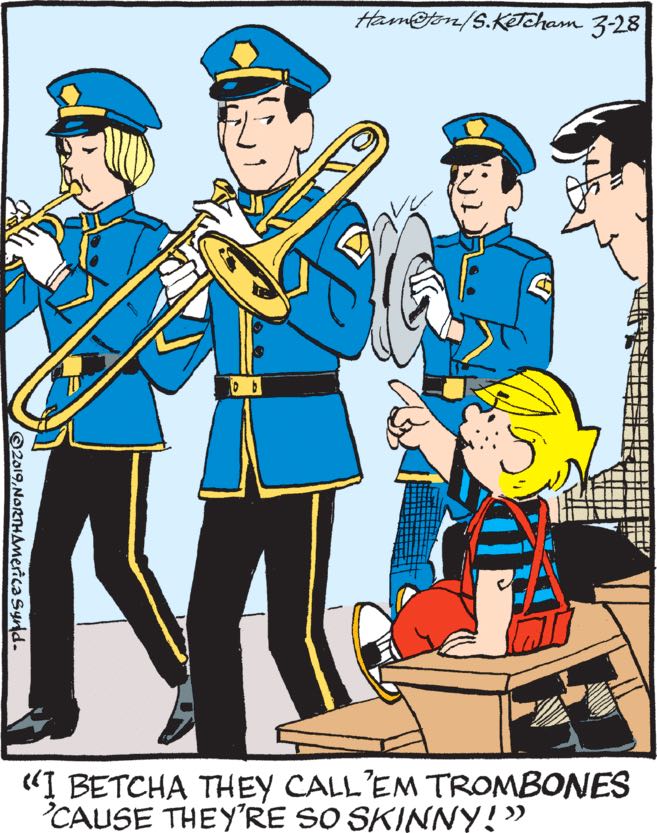 The smile on the gentleman’s face says “Ahh, he wants to menace me with heckling, but he’s still too young for dick jokes.”

“They’re not twins, and in fact one of them’s adopted! So, this could make for a great nature vs. nurture study if one of them turns out to be real shitty. And that’s the sort of research that could get me invited to a lot more of these medical conferences where I wouldn’t have to spend time with either of them, now that I think about it!”

Heeeeeeeeeeere comes the grift, everybody