OK, fine, you know what, “throwing ice cubes at a parade” is an extremely low-grade crime, so I can understand why Slylock did not feel like he needed to personally follow up on the tip they got from a busybody rabbit neighbor or whatever, but: the suspect’s still a wolf, you know? A wolf who could eat Max in one very efficient bite, should he, say, catch the poor sidekick rodent attempting to open a refrigerator door that weighs easily 20 to 30 times more than he does. And yeah, I guess he’s a wolf who’s idea of sinister behavior is throwing ice cubes at a parade, but he’s also a wolf with a visible ham in the fridge who lives in a society where pigs are citizens with rights, so he might be more dangerous than you think.

Look, it’s not secret that newspaper cartooning isn’t as lucrative as it once was. Sure, we’d like to think we have artistic integrity and all that, but if a nice man from the U.S. Poultry & Egg Association called you up one day and explained how some well-intentioned but overzealous laws about chicken living spaces are really hurting America’s family farms, then suggested a joke for a comic and floated a tidy little sum that might be sent your way upon publication, well, would you really argue that much with him? It’s a pretty good joke! 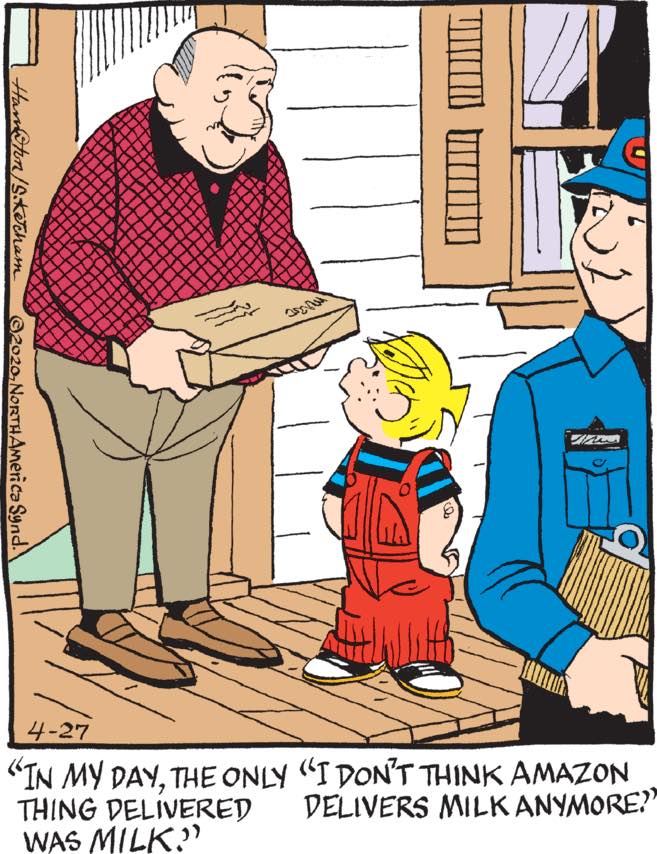 The US Postal Service — for which Mr. Wilson worked — began home delivery in 1905, so I don’t think this is true, on any level? Unless … is Mr. Wilson immortal, an eternal being kept alive over the centuries by pure grouchiness? It would explain a lot.

You know what would really help farmers out? Slavery! Child slavery.