Real Rex-heads know that one of the Morgans’ children is actually the biological son of June’s childhood best friend, who she hadn’t seen in years and who came back into her life just long enough to hand over her son to the Morgans’ care before dropping dead, and there was a brief moment where it looked like the kid’s paternal grandparents might want to fight them for custody, but it turned out they just wanted to baby-sit for free. Well, guess what: Rex and June need some free baby-sitting, so it looks like they won’t be letting the calls from these sad, lonely old people go straight to voice mail anymore!

Nothing really new to report in today’s Mary Worth, but “Tommy and Brandy argue at work through clenched teeth about who’s addicted to what and who isn’t like who’s dad” is exactly the sort of petty pleasure I — and, I assume, all of you — come to Mary Worth for.

Oh, sorry, Little Orphan Annie isn’t a vampire! She’s just a former poor girl who got rich by sheer luck, and now she smiles warmly at people who help the currently poor from the back her limousine, without getting out to help or even saying hi herself. Which is, you know, a lot less interesting, frankly. 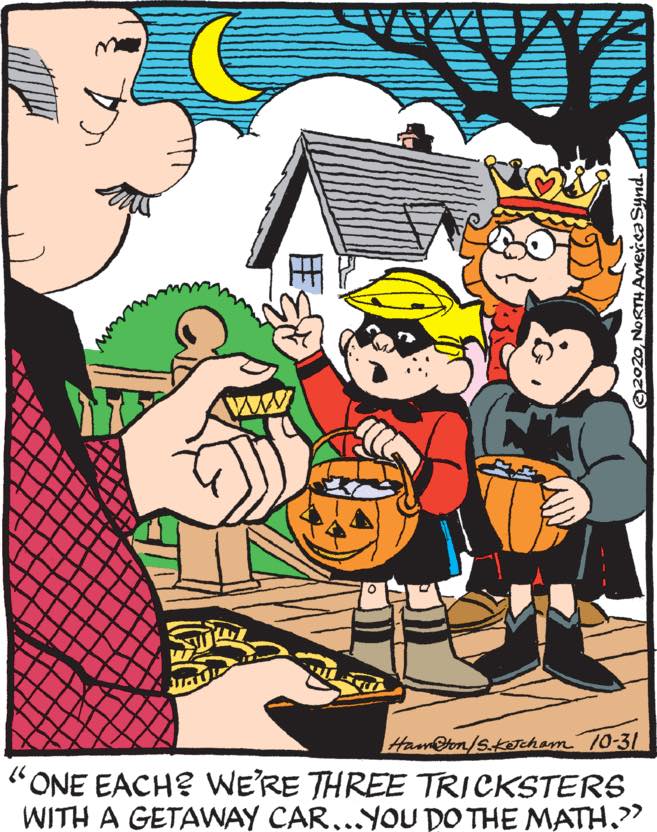