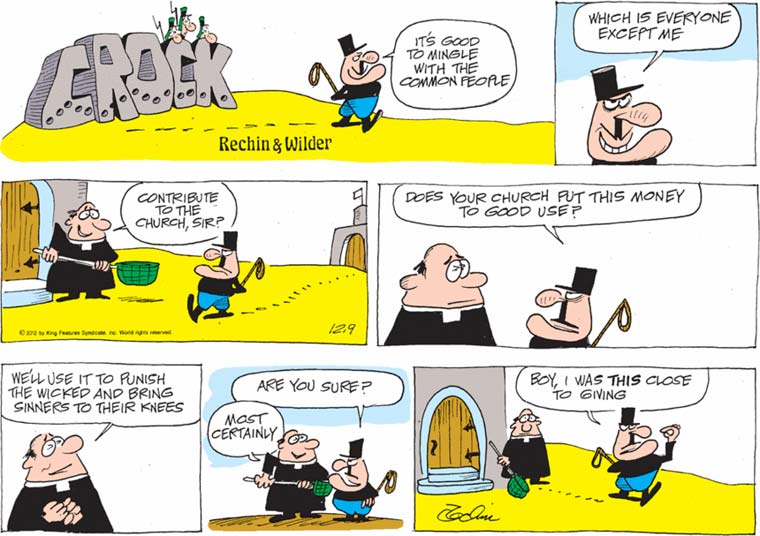 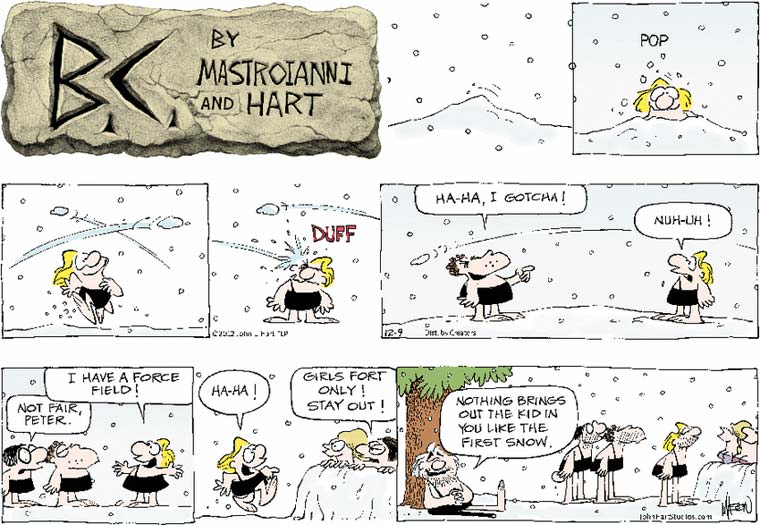 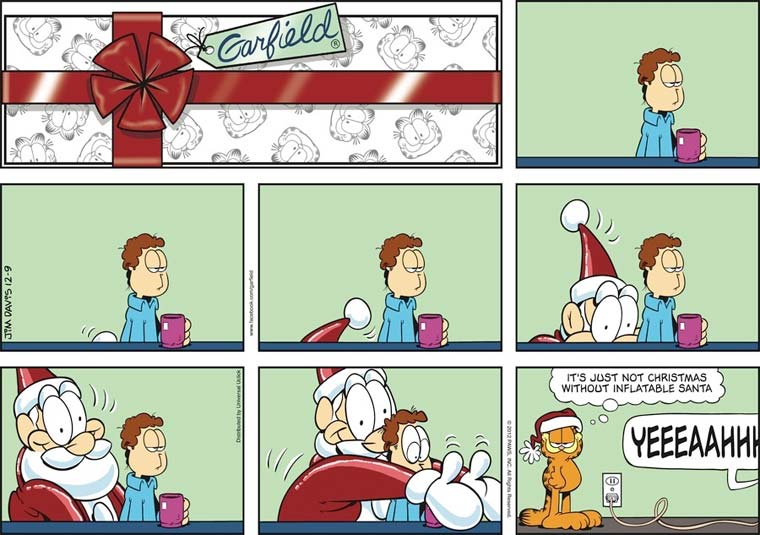 I was going to go into this whole thing about how “Halftrack Dysfunctional Marriage Saturdays” are always the most depressing day in the comics all week, and that Mrs. Halftrack is doing a great job of gleefully pushing her husband further down his little shame spiral rather than trying to free him from it, but then I noticed that the General’s trademark neck-wattle is visible from the side and I got distracted.

Sorry, everybody, we’re going to have to start speaking some other language now! English hit its pinnacle with “Never suspected I booby-trapped my clown nose!” and it’s all going to be pretty much downhill from here, so let’s get out while the getting’s good.

Here is a sad story from Josh’s past: When I was in seventh grade I had a big crush on this girl in my class, but being a terrifically shy nerd I never actually tried talking to her or interacting with her in any way; I just looked at her all moon-eyed for most of the daily duration of our Social Studies class, during which she sat just a row ahead of me and one seat to the right. One day after about five months of this, instead of rushing off as usual she hung back after class, came up to me, and looked at me intently. With my heart pounding, I could barely believe it when she finally said the words I had been waiting for: “I want you to stop staring at me.”

It turns out that, according to the scientifically unimpeachable facts presented in Slylock Fox, staring intently at someone is not considered an appropriate mating habit among primates! In fact, it makes you a creepy weirdo. I can only hope that this cartoon equips the awkward seventh graders of today with information they can use.

Call me dumb, or slow to pick up on insulting canine metaphors, or something, but it took me a minute to parse the “Ha ha, Blondie is talking about Dagwood like he’s a dog” joke here, primarily because I don’t believe that a “great sense of humor” is considered a dog stereotype? I mean, I understand that the rule of comedy threes requires Blondie to wedge something in after “loyal and well-groomed” that isn’t the punchline “terrific hearing” but might still be said to apply to both potential husbands and potential pets. I admit that coming up with one is tricky. Could it be something about ball-licking, maybe?

Anyway, kudos to the artist for realizing that the off-panel ARF! wouldn’t work if it weren’t clear that the Bumstead family pet weren’t the one ARFing. Daisy looks as if she were actually intended to be in the background from the strip’s conception, or at least has been composited in later with a reasonable amount of skill.

Yes, he exists in the service of a (blessedly subtle) poop joke, but I have to admit that I’m really charmed by this fly-prophet, crazed in messianic ecstasy and willing to invite anyone of any species to the promised land.

Good Lord, Smifs, you didn’t think these insatiable chew-rodents would really obey your so-called “laws,” did you? In retrospect, mankind wished a more effectively organized community had been on the front line in the first phase of the bloody Human-Beaver Wars.