I can’t tell if Lois’s facial expression in panel two is meant to indicate that she just didn’t want to look at a little white spot up by the ceiling for the next five years and didn’t think Hi would take it so personally, or if she’s thinking “Wait, Hi thinks Michelangelo had a wife? Oh, you sweet summer child.”

Folks! Your comment of the week in a moment, but first: If you’re in LA on February 10, you can get some more laffs from me, live and in person! That’s because my live comedy show, The Internet Read Aloud, back on its new day (the second Friday of the month) and a new time (8:30 pm) but the same place (The Clubhouse in Los Feliz) and the same shtick (jokes about the Internet). Here’s the Facebook event! 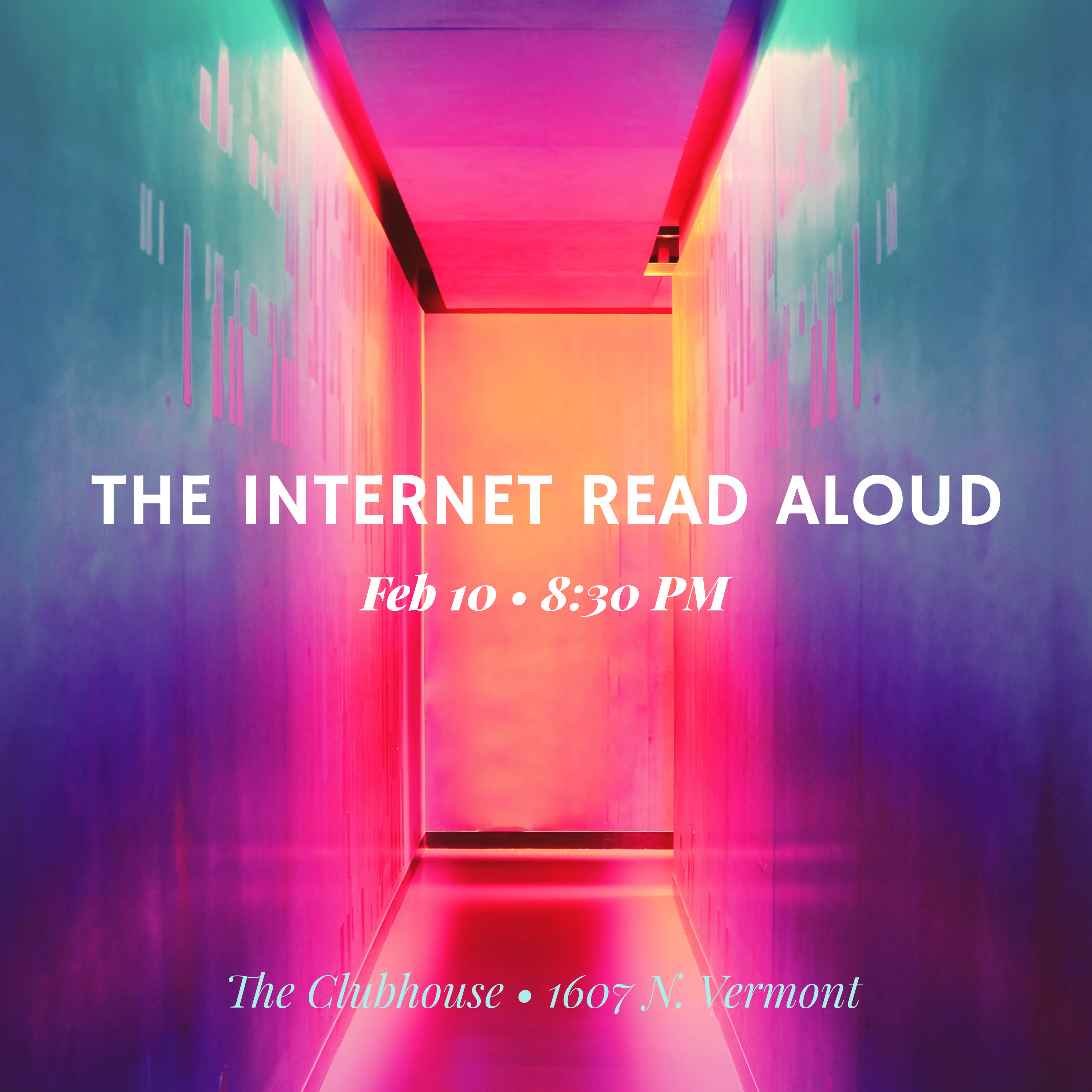 “Let’s say, and why not, that you need to calm an excitable Sunday lunch crowd at the local senior center. Gasoline Alley shows you the way: get them started on regional dialects, and you’ll have them distracted right up to tri-ominos time. 10/10 reader service, Gasoline Alley, no notes.” –pastordan

“I dunno about this being very un-menacing; burying a member of her household who her father wouldn’t is why Antigone was executed, after all.” –Tom

“The most significant feature for determining the location of Gasoline Alley is looking at the range of the black bear in America which is fairly limited. Given the bear has heard southerners say ‘bed’ we can further limit the possibilities to the contiguous areas of black bear habitat that reach into the American south. Assuming this bear hasn’t crossed up through Canada, that pretty much limits it to an eastern inland corridor between New England and the south. Northern West Virginia, Pennsylvania, or New York. Now, having done all this work and research we reach the inevitable follow up question: what is wrong with me?” –BananaSam

“‘When suddenly…’ in Judge Parker? Nope. I don’t believe it. –Where’s Rocky?

“Good idea! Once most of your athletes are out for the season with back and leg injuries you’ll save a lot of money on uniforms and transport.” –TheDiva

“I’m not sure how snowmen make ‘homemade ice,’ but the one on the right seems to be squatting.” –nescio

“Crock is right! In this alternate universe in which the Algerian war lasted well into the 2020s, France needs her soldiers not just to impose colonial dominance through the bayonets, but also to justify it to world through sick dances on TikTok!” –Ettorre

“They’re taking great care of her at the hospital! I mean, I assume. Is St Joseph’s in network with your provider? Well, let’s say adequate care, then.” –pugfuggly

“Order up, because you just got a job, like I was just talking about! I have the power to influence time and space, yet I still think vaping and smoking are the same deal!” –made of wince

“So Estelle doesn’t realize she’s committing the worst sin of First Date Etiquette by going on endlessly about her ex. Did she forget to renew her subscription to Cosmo? This is rookie-level.” –jp

“The Hayes Code and the Comics Code Authority probably give Gil Thorp wedgies because its ‘criminals’ are so milquetoast. ‘A pinch of grit is okay,’ they tell the strip as they hold its head in the toilet and flush. ‘You can depict actual crimes!’ they yell, shoving the comic into a locker.” –Tabby Lavalamp

“(A plugger gesturing towards the edge of reality) OH FOR PETE’S SAKE (A plugger will often exclaim this, even though he has no idea who Pete is. His universe is only a small box, containing nothing but himself and a featureless lavender void.)” –Dan

“In retrospect, that was an obviously unprofessional and pointless thing to do, and the general is fully justified to be upset with me. Look, I’m running out of ideas for reasons to keep appearing on Wednesdays, and unlike that little infant creature in Hi & Lois I can’t get by talking about the weather every single week.” –jroggs

“Perhaps ‘Comic Sans’ is looked upon by true comic purists the same way AI generated art is, a shortcut that costs traditional hand-lettering artists their jobs, thus it should not be spoken.” –Philip

“He said I’d embarrassed him in front of the entire command structure, and that he was now a laughing stock at the Pentagon and PERSCOM, not to mention at Corps and Division HQ. He said that my tits would only take me so far, and that this was it, I could walk my cute ass right out. Of course, I had my phone recording the whole thing, so I’m taking early retirement with a cool two million in my pocket from the harassment settlement. Play your cards right, Blips, and the old fool will say something that gets you bumped up to Captain and transferred to CENTCOM down in Tampa.” –Voshkod

“Hey film crew, there is LITERALLY A TALKING BEAR just right behind you. He uses actual speech balloons and everything, go nuts!” –The Otter Limits

“Holy crap! Actual action payoff to a storyline in Judge Parker! I never thought I’d see it! And to think, it only took almost a year’s worth of strips to get to our thrilling climax of Sophie instantly destroying the unstoppable meth empire by beating a helpless old man to death.” –ectojazzmage

“Didn’t Cookie used to be a chain smoker before the days of content warnings on everything? It seems like today’s strip would be an ideal way to reference that. ‘Now that I can’t taste anything, I’ve got back to the unfiltered Pall-Malls. That hit of tar and nicotine is a pale replacement for food, which I only vaguely remember tasting as a teenager.’” –Larry McAwful

“That’s how I won the match in Paris. I won it so decisively, they named a magazine after it! You’ll love the celebrity lifestyle features.” –Peanut Gallery

My favorite thing about new-look Gil Thorp is that Gil now has a coaching enemy in Luke Martinez. Previously, all Gil’s animus was reserved for the media in the person of Marty Moon, while he and his bland rival coaches would just shake hands manfully at the end of games and trade respectful banter. Well, no more! Coach Martinez is, like Richard III, determined to prove a villain, and he really leans into it, like getting all singleted up and telling a wary group of teens about that time he absolutely pile-drived those French wimps who thought they could take him down. He also has an assistant whose full-time job is to monitor what Gil’s up to and keep Luke up to date on rivalry opportunities. Not sure what possible direction for this is funnier: that Coach Martinez might enter the Lift-A-Thon himself, raising money for the Milford athletics department and outraging the Valley Tech school board in the process, or if he just shows up in the crowd and tries to taunt Gil into herniating himself.

I sincerely hope we never learn even a little about whatever Willie Lumpkin’s deal is. As far as I’m concerned, his whole life is just mopping the floor for Mr. Goodman, and if some cop comes in yammering about snipers and roof access, that’s none of his business. It broke up the monotony a little bit, but Tracy tracked in some dirt which means more mopping, so it’s all a wash, really.

Speaking of monotony, you eve think about how awful and boring existence as one of the supporting one-note characters in Beetle Bailey must be? Cookie’s whole deal is that he’s the cook, but he can’t taste anything, hasn’t been able to taste anything in years. That heart on his bicep used to be bright red, but now it’s fading to nothingness. Beetle can spare a single panel of open mouthed horror, but then he’s going to walk out the door and Cookie will be left alone again, endlessly stirring a pot of something orange that he’ll never be able to taste.