And so the Frank Bolle era, which was always intended to be transitional, passes on into history, and we meet the new permanent Gil Thorp artist: Rod Whigham! Rod’s reign of terror begins, naturally, with Gil thrusting his ass at his wife as he roots through the refrigerator, desperately looking for some sweet, sweet booze to take the edge off of his Andrew Gregory-blighted existence. I heartily approve of Gil’s awesomely chiseled flattop, manly nose, and protruding Adam’s apple, along with the return of the detached hideous claw-hands (gripping the cold one in panel two), Mimi in a vest for some reason, and a bowl full of unidentifiable ovoids sitting on the kitchen table. Yes, sir, Rod, you and I are going to get along together … just fine. There’d better be some damn earrings on Coach Kaz, though.

One thing I don’t approve of in the new Gil Thorp is the use of Comic Sans for the dialog text, an affliction that seems to have metastasized into Dick Tracy today. While I don’t harbor the same animosity towards the font that some do, I do think that using a font that’s available on just about everyone’s home computer makes a strip look less polished. Admittedly, it’s not my hand cramping up from writing out the completely demented dialog in Gil Thorp or Dick Tracy, but I think the handwritten text looks better.

On the other hand, having Dick Tracy’s dialog all computer-y does makes it look like it was automatically and badly translated from the Chinese, which sort of makes the strip easier to enjoy, for some reason. Also, I think IN ANOTHER ROOM may be the lamest narration box ever. If you really need to make that clear, you always could just, you know, draw it differently.

Oh, man, Donna Amalfi in room 305, Mary Worth is going to meddle the hell out of you. She’s probably not actually bereaved at all, but just interested in learning more about a potential new career path while she recovers from routine surgery, but that won’t stop Mary’s relentless attempts to make her realize that life is still worth living, and that inside every cloud is a silver lining, and tomorrow is another day, and blah blah blah YOU CANNOT STOP HER SHE IS A MONSTER. 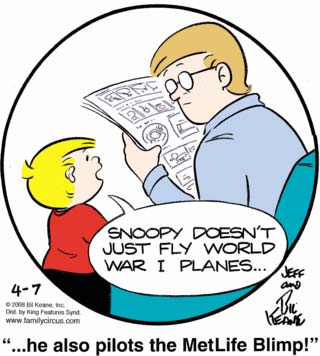 “I only know how to think and feel in terms of references to products and corporate marketing! I’m the bastard, malformed spawn of late-stage capitalism!”

Now that Frank Bolle is done with his Gil Thorp stint, he’s free to dedicate his full attention to Apartment 3-G. Today, using only Blaze’s wordless expressions, he masterfully captures what it feels like to watch some junkie grope your cousin while prattling on with a bunch of nonsense that nobody in the room actually buys.

“And the bodies we hid in the shed are starting to smell!” 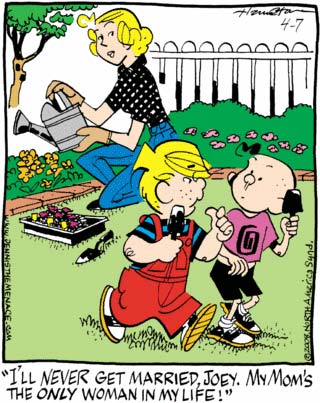