Haha, it’s funny because the patrolmen are dying horribly in flames, miles away from help or rescue or even water! As the fire burns away everything that makes them human, their commanding officers coldly refer to them as “objects.”

Like many military operations, this started as an attempt to remove something with precision and skill and has now devolved into a test of strength in which someone is probably going to lose a limb.

Welp, I guess Jeff wasn’t being fired by his therapist earlier this week; he was being told to go back to his childhood home, to get “closure” or whatever, and also just start pulling up the floorboards of his old attic, despite the distinct lack of enthusiasm displayed by the house’s current resident. Meanwhile, in the future, we’re discovering how this actually ties in with his mother’s death: he’s using the decoder ring he’s found to translate a message from his mother, who is in outer space, which is apparently where hell is.

Looks like all the girls who were being super mean to Dawn because they thought she was sleeping with her professor are pals with her again because she’s deigned to spend time with them in between dropping Harlan’s name every other sentence, because that’s how human beings work! I am very much assuming that this upcoming showing of X-Men: Apocalypse that Dawn is being lured to will go pretty much like the prom scene in Carrie, except without the revenge via psychic powers. 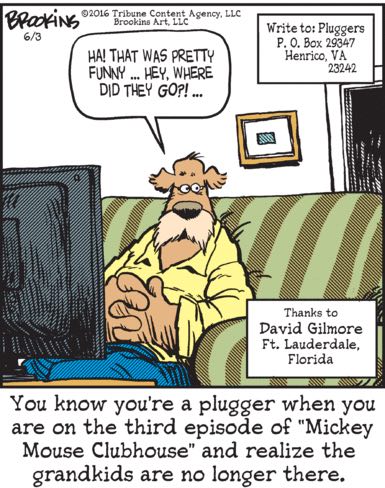 You’re a plugger if your grandchildren dislike you and flee from your presence the moment you’re distracted.