Oh, man, looks like we’re about to learn what the most powerful force in the Newspaper Spideyverse is. It’s definitely not various relative attributes of a spider, that’s for sure! Nope, it’s love, which has transformed our Plutonian tyrant into a sweet suitor for a kindly widow. The question is: will it do the same for his successor? Sadly, no! An tyrant with a healthy relationship with his bride would talk through their differences, and see if there’s a way for them reconcile her sentimental affection for weddings with his need to ruthlessly smash every aspect of the former regime to cement his power. Crossing your fingers is for nine-year-olds, dude, not eternal undead Roman emperors who are [checks wikipedia] probably around 1560 years old but nobody’s sure because our sources for the Latin west in the late 5th century are pretty spotty!

Oh, this is a nice touch: today would’ve been Hagar the Horrible creator Dik Brown’s 100th birthday, so his son, current artist Chris Brown, has put a portrait of him on the wall of Hagar’s hut! (Here’s a pretty great picture of him.) Unfortunately, the colorist doesn’t really seem to have a handle on what’s going on with Dik’s beard, so he looks like he’s covered in gravy.

Uh, guys? I know we’re all doing a lot of posturing about who guessed who’s identity and everything, but, uh, have you considered not standing out there in the freezing rain? Your skin is an unhealthy shade of blue. Maybe seek some shelter, see if you can light a fire … guys? Guys?

Sheesh indeed, Jared! It’s like you can pull out as much charm as you want with a girl and she still thinks it’s OK to make eye contact with other men???? I personally blame feminism for this! 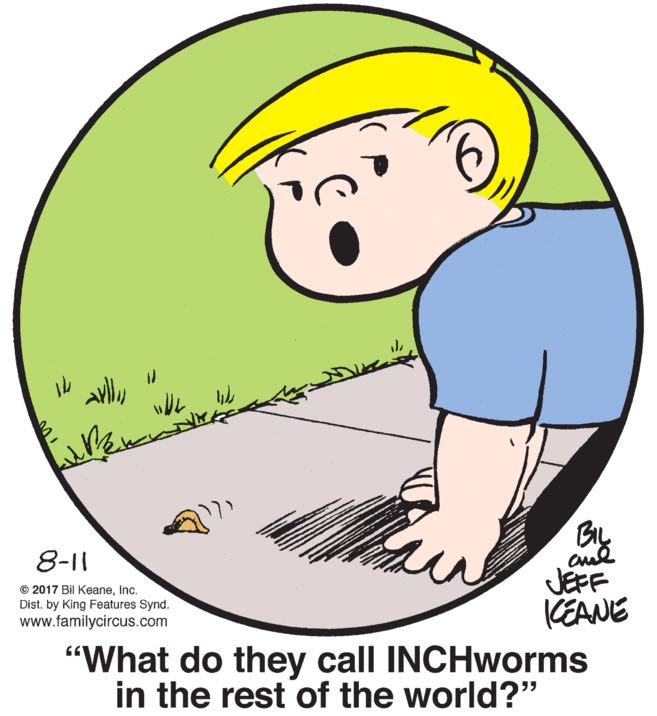 Oh no, who let Billy know about the devil’s metric system