I genuinely think all the facial expressions on the middle panel make this a little masterpiece. Billy is bursting with pride, of course, and so is Mommy, if more subtly. PJ is confused as to why Billy is leaving the house — when will he back? Barfy looks distraught, presumably because Billy is the number one offender when it comes to feeding dogs under the table. Jeffy is mind-bendingly furious that his brother is receiving attention and approbation. And Dolly is like, “Wait a minute, why is he leaving for school and not me? Aren’t I old enough to go to school? I’m pretty sure I’m old enough to go to school.”

Aw, isn’t that cute, the promised double wedding at the Starbucks Jones premiere is upon us! The minister that was scraped up at the last minute is cosplaying as a “Xaxian,” apparently the villainous species Starbuck fights against. This is a million times less weird than his use of the phrase “long-haul love” in his wedding sermon, which sounds like the name of a trucker fetish website. 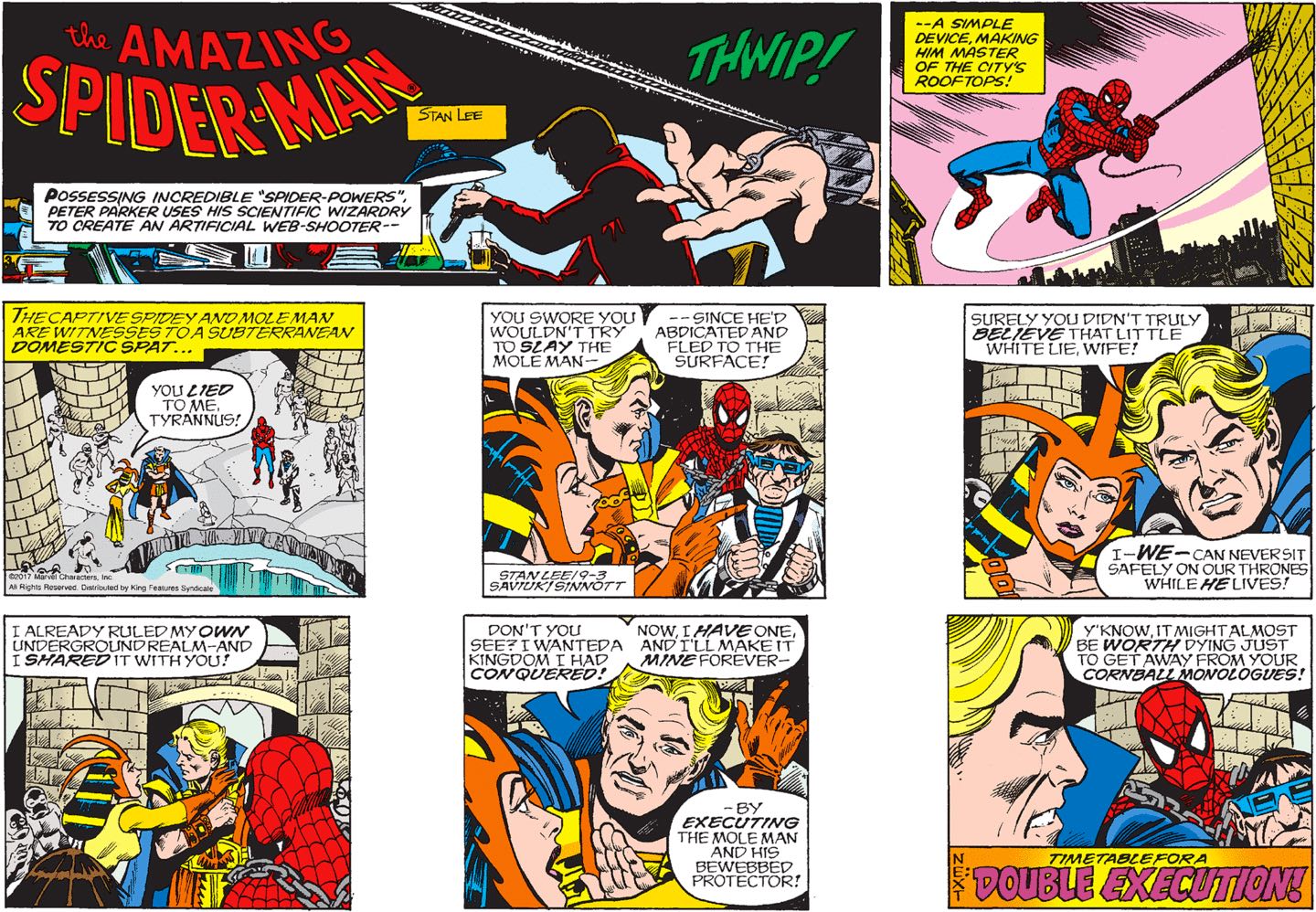 Wait, wait, are you telling me that Tyrannus was just another landless aristocrat who only became a subterranean sovereign jus uxoris when he married Kala? That this whole drama is playing out because he feels emasculated by his wife’s political and financial resources? “We’re not so different, you and I,” Spidey chuckles. “I’m also an utter dick on this subject!”

This is today’s Hi and Lois throwaway panel, and it doesn’t relate at all to the rest of the strip. I assume it’s left over from an earlier version, nixed by the syndicate, where a totalitarian government has taken root in Hi and Thirsty’s suburb, forcing everyone to maintain a visibly cheerful demeanor or face prosecution for sadcrime.