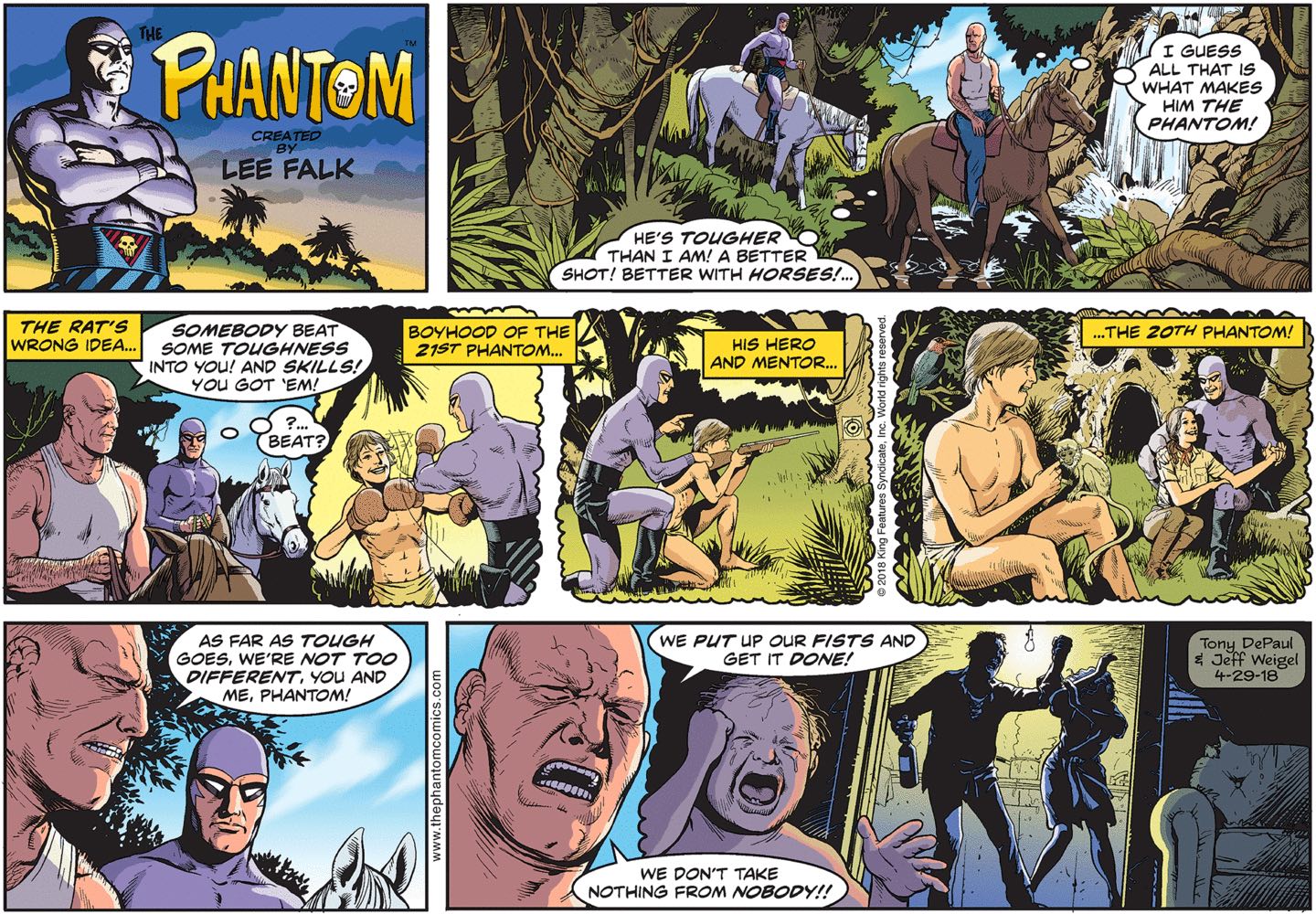 This Phantom Sunday plot, involving our hero breaking a prison snitch out Bangalla’s most hellish jail temporarily for crime-fighting purposes, has been happening since at least last October, and I’m definitely not going bring you up to date on everything that’s happened in it, because if it were actually interesting I probably would’ve talked about it here already, right? Mostly I wanted to point out that our jailbird’s faltering attempt to find common ground with the Phantom makes the hero recoil in disgust and think about his loving, supportive childhood where a man dressed in a purple gimp suit who never even let his own children see his face taught him to kill. 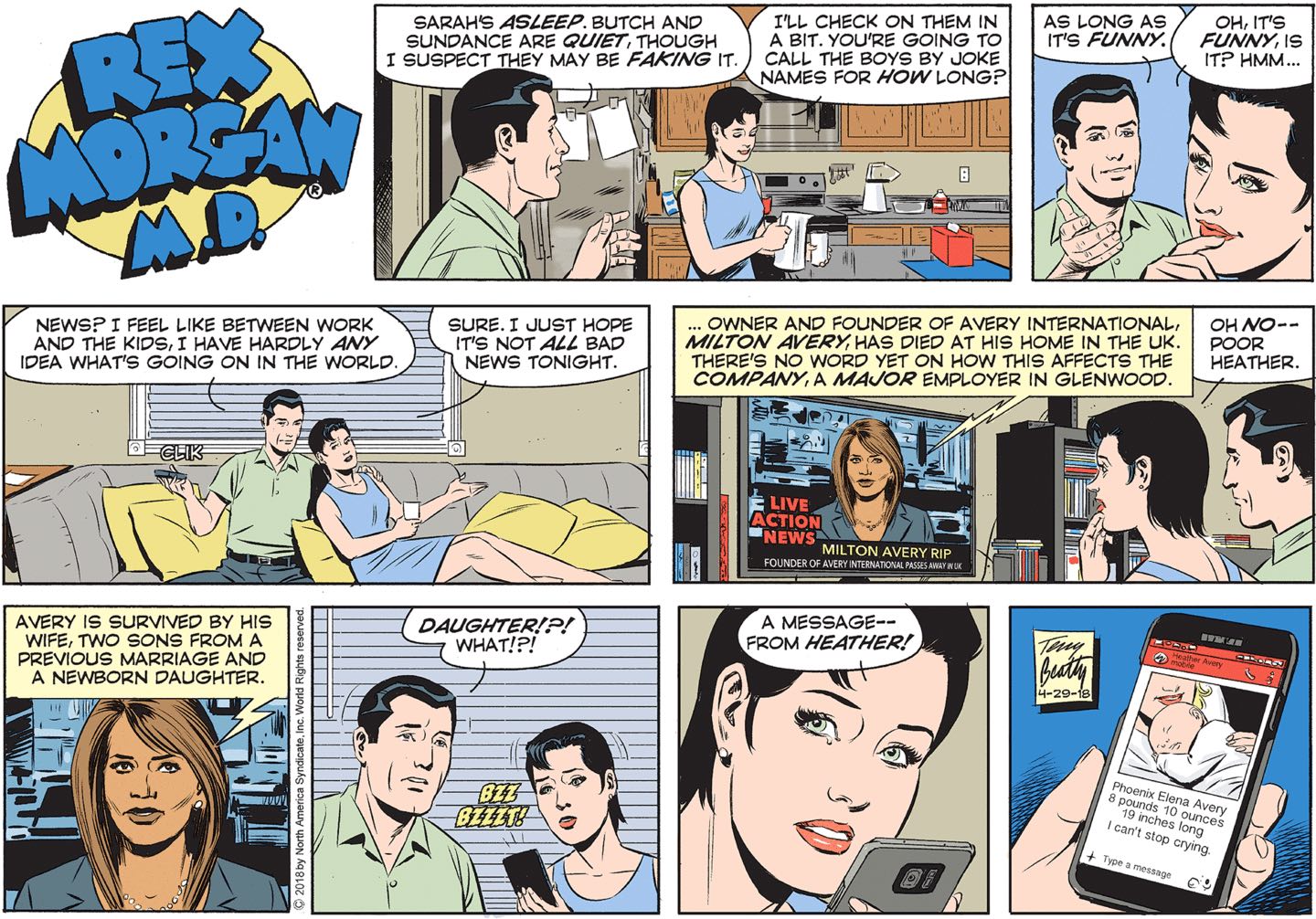 Oh, right, Heather, last seen having succeeded in her plan to seduce her dying, demented husband, or at least procure some of his seed. Well, the baby’s born and the husband is dead, and now she’s going to have to deal with both the grief and her stepson Hugh, who failed to come to his father’s deathbed, probably because his father never liked him and he and Heather conspired to keep Hugh from taking control of the family company not once but twice. The new baby is named “Phoenix,” presumably to summon the image of a bird rising from its own ashes, which will help Heather make the case to the board of Avery International that the infant is in fact the reincarnated soul of Milton and therefore technically the company CEO. 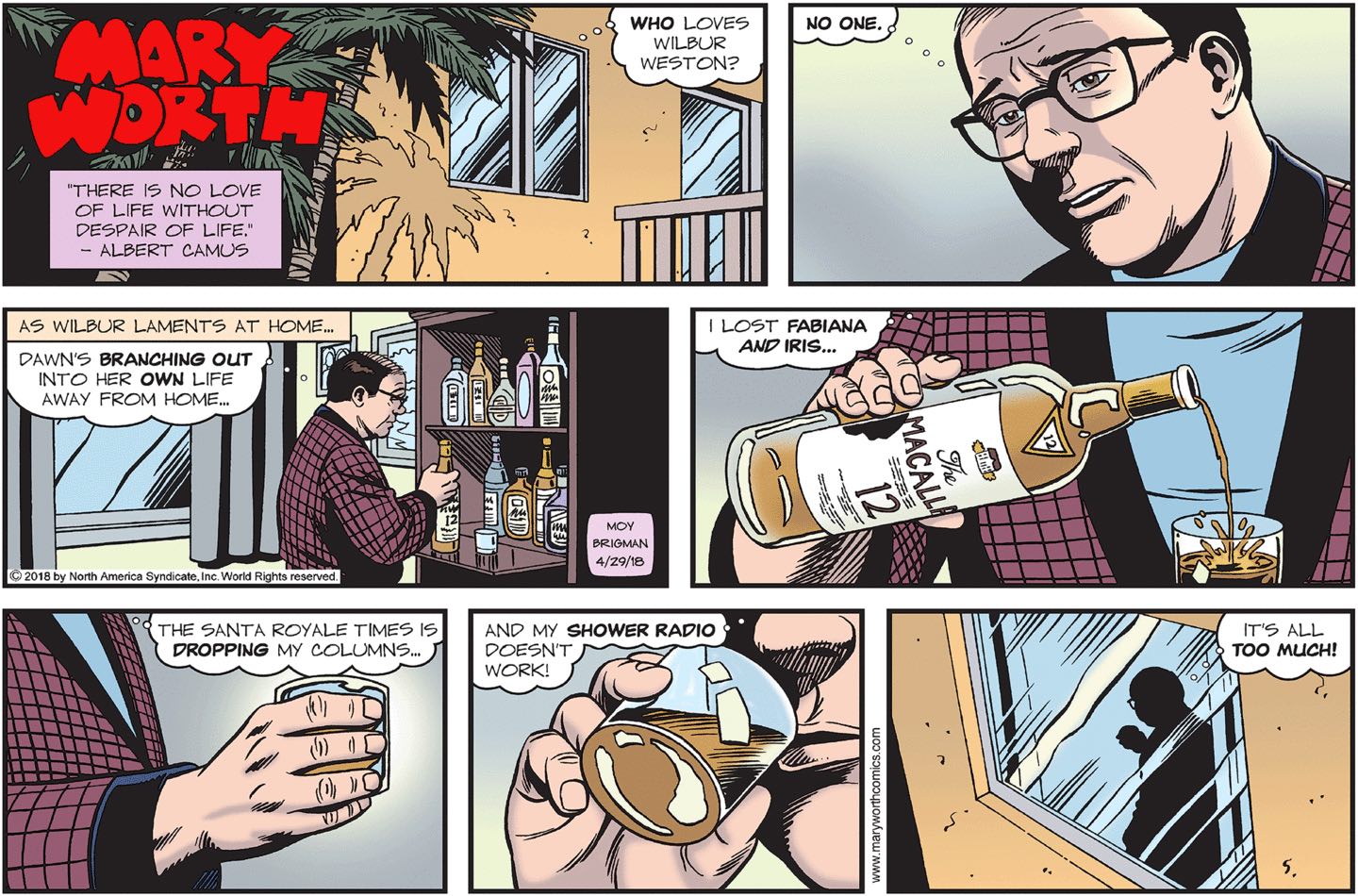 I know it’s been a few days since we checked in with Wilbur, so here’s the update: Wilbur’s still depressed, and now he’s turning to drink. It’s sad that he has this whole liquor cabinet, including a bottle of decent scotch, and nobody to share it with. What about his neighbors? What about Ian? What do you think is keeping Wilbur from inviting Ian over and enjoying a pleasant nightcap? Probably the fact that they don’t really care for each other because they’re both pretty unlikeable, I imagine.