Oh, say, remember Darrin’s wife Jessica, who was going to make a documentary about her father, John Darling? If you don’t remember, the story goes something like this: Jessica’s father John Darling was a newscaster who was murdered when Jessica was a little girl, and Les wrote about the murder in his first book, which was a critical and financial failure. But Jessica decided she wanted to make a documentary about him, in the course of which she discovered he was a huge asshole, though not, as his murderer briefly implied, a philanderer. Anyhoo, I can’t find anything in my archives about this plot thread since 2014, so I’m not really sure what ever came of it — I have to assume that if it were released and flopped, we would’ve heard about that, because of all the suffering it would’ve caused for everyone involved. Maybe Jessica got emotional closure and then decided not to inflict the film footage on the rest of the world, which, good for her, honestly! But I guess she’s doing … some other kind of documentary film work with a lady who knows she loves murders? Here we go again, with the murder documentaries! 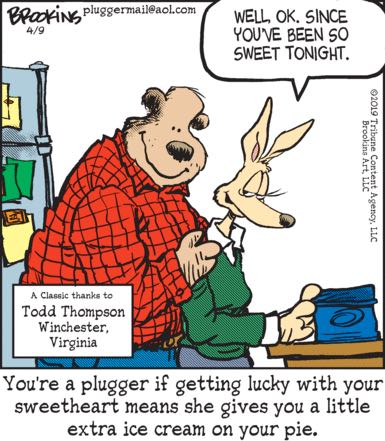 Good news, everyone! Pluggers don’t fuck. I guess we all “got lucky” today when we learned that, ha ha!