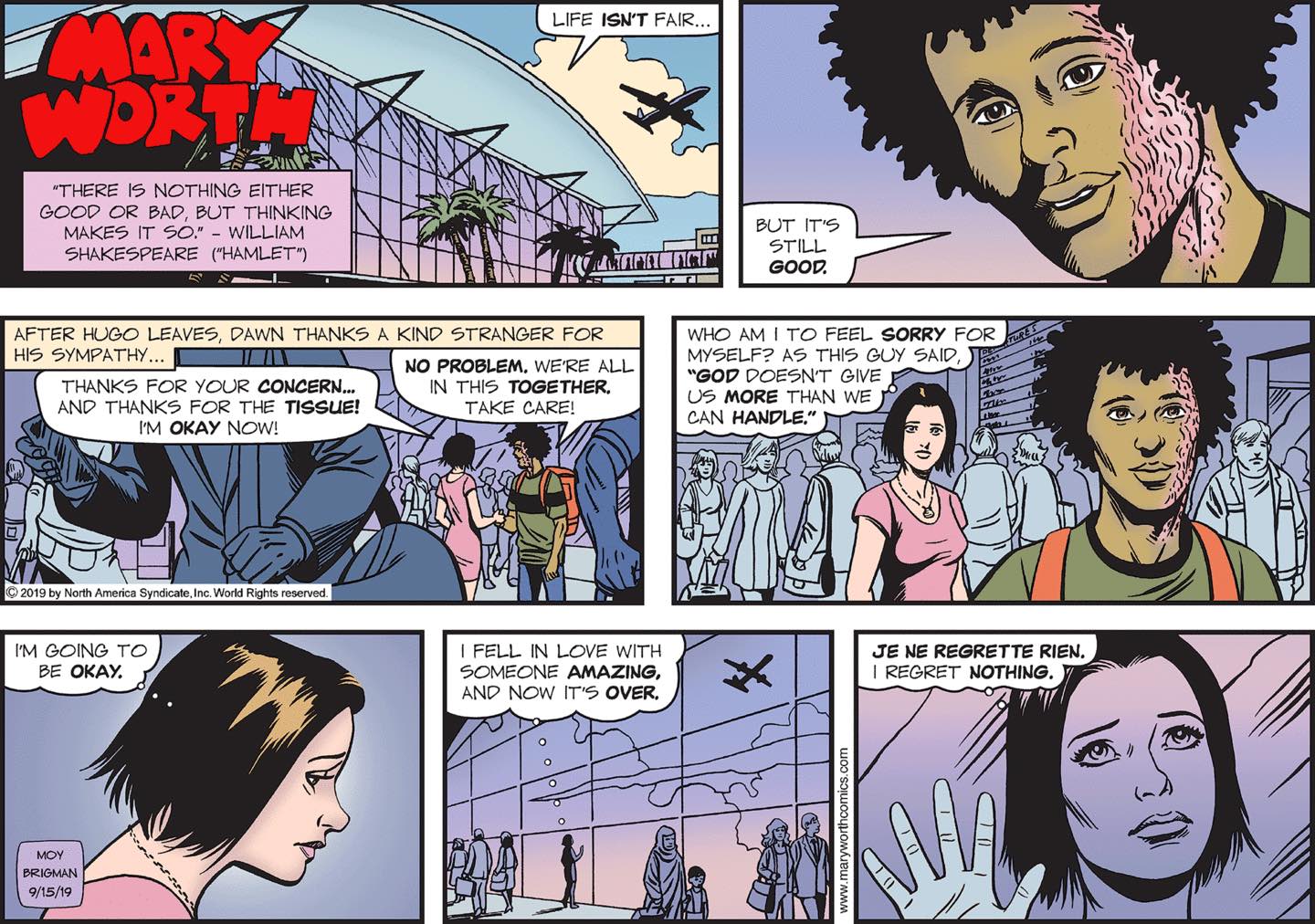 Reading this strip, I suddenly had an intrusive memory of one of the all-time great Dawn Romance Fail plots. In the aftermath of her near death at sea, Dawn was on the lookout for a more meaningful life, and Mary had just the thing: doing volunteer work down at the hospital! Dawn immediately met Jim, a nice young man with one arm who lost his arm and his sister (who looked exactly like Dawn) in the same tragic boat accident, which meant that Jim had to prevent Dawn from getting near any bodies of water at all costs! He also wanted Dawn to have sex with him, and got angry and abusive when she turned him down, but Dawn’s extremely competent psychology professor taught her that it’s very important for women to break down the emotional barriers between themselves and the men who want to fuck/yell at them, so she managed to convince Jim to ease up and just be friends. And, having truly achieved her goal of living a more meaningful life, she never had to hang out with Jim again, but it sure took a while to get there! That’s why it’s great that this noble burn victim has managed to pass in and out of Dawn’s life in only a few moments, giving her a tissue … and a reason to live, and love again … without hanging around or making her pretend to like him or anything like that. He’s got his own rich, fulfilling life going on somewhere else! Probably! I mean, we’ll never know, but let’s just assume. 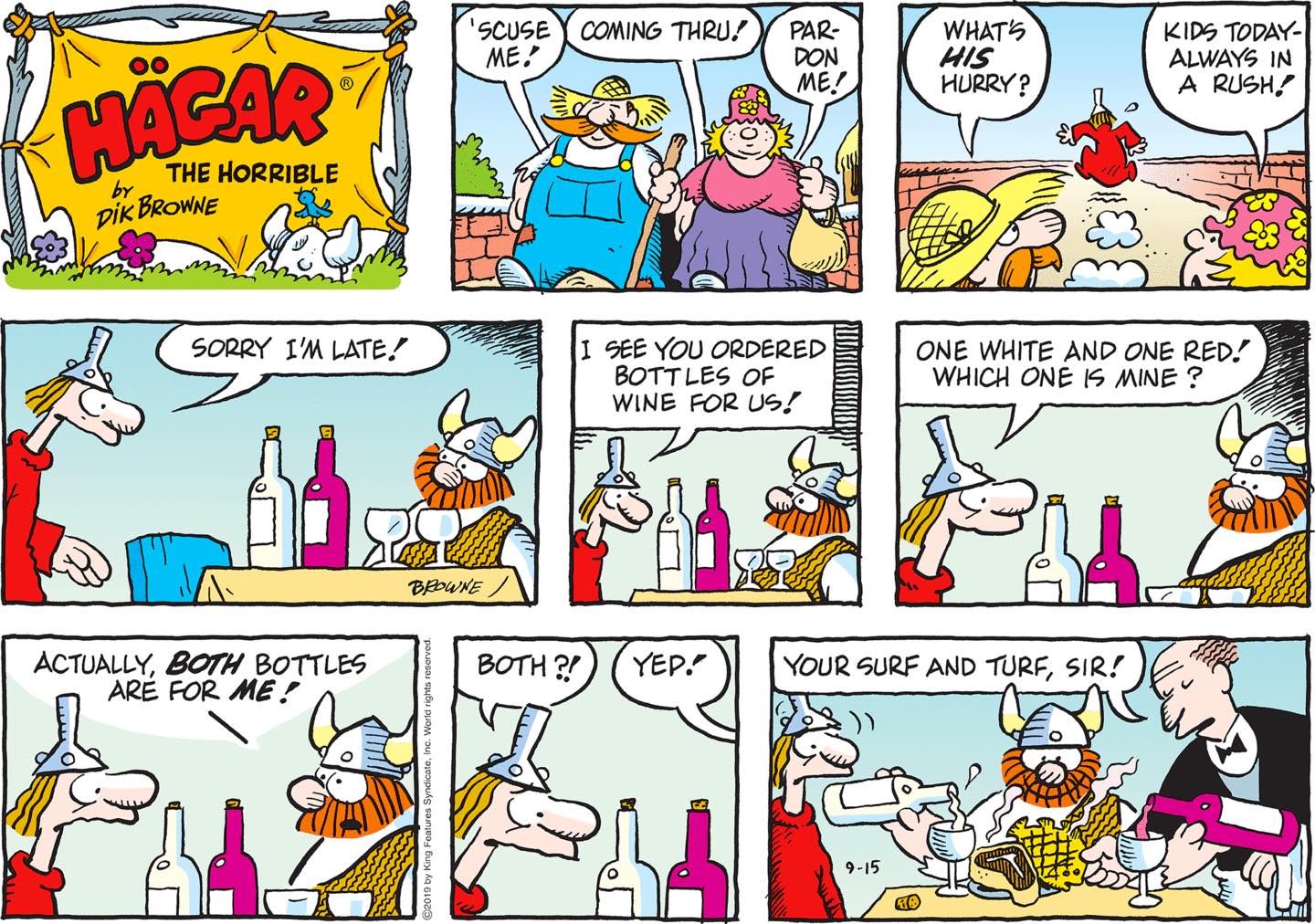 I’m often fascinated by the way the top row of throwaway panels in a Sunday strip, which aren’t printed in many papers, can change the whole tenor of the piece. Like, if you didn’t have them today, this would just be the story of Lucky Eddie being late to dinner with Hagar for some unknown reason. But with them, it’s the story of Lucky being late for some unknown reason and made even later by a couple of comical farmer types who blocked the whole road! Really makes you think, doesn’t it?