But apparently his self-satisfaction is tinged with regret that high-school English teachers aren’t held in the same high regard as Hollywood writers. Fortunately, good writers—and even Les—draw material from their own lives, so here’s the seed for Lisa’s Story IV: Les Moore is a Pompous Hypocrite.

After delivering a helpful lesson about birds breaking wind, Mark is himself educated by a goose. I bet it plans to “modify his habitat,” too.

Long story short, Val has been drugged by a mysterious hooded sorceress on his way back to Camelot. But he convinced a couple of raven-hallucinations to alert his wife/sorceress Aleta, so mystical help is only a matter of time. While we wait, let’s all admire that shark-on-a-rope guarding the throne. 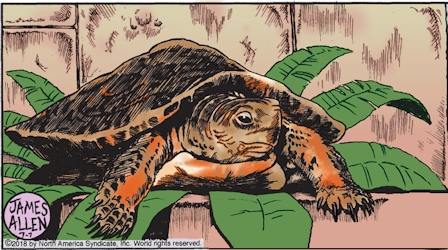 “Hello kids, and welcome back to World of Animals — I’m your beloved host, Carl. Lotta changes in my neck of the woods, but some things never change — like entertaining Nature Facts from the wonderful World of Animals!” 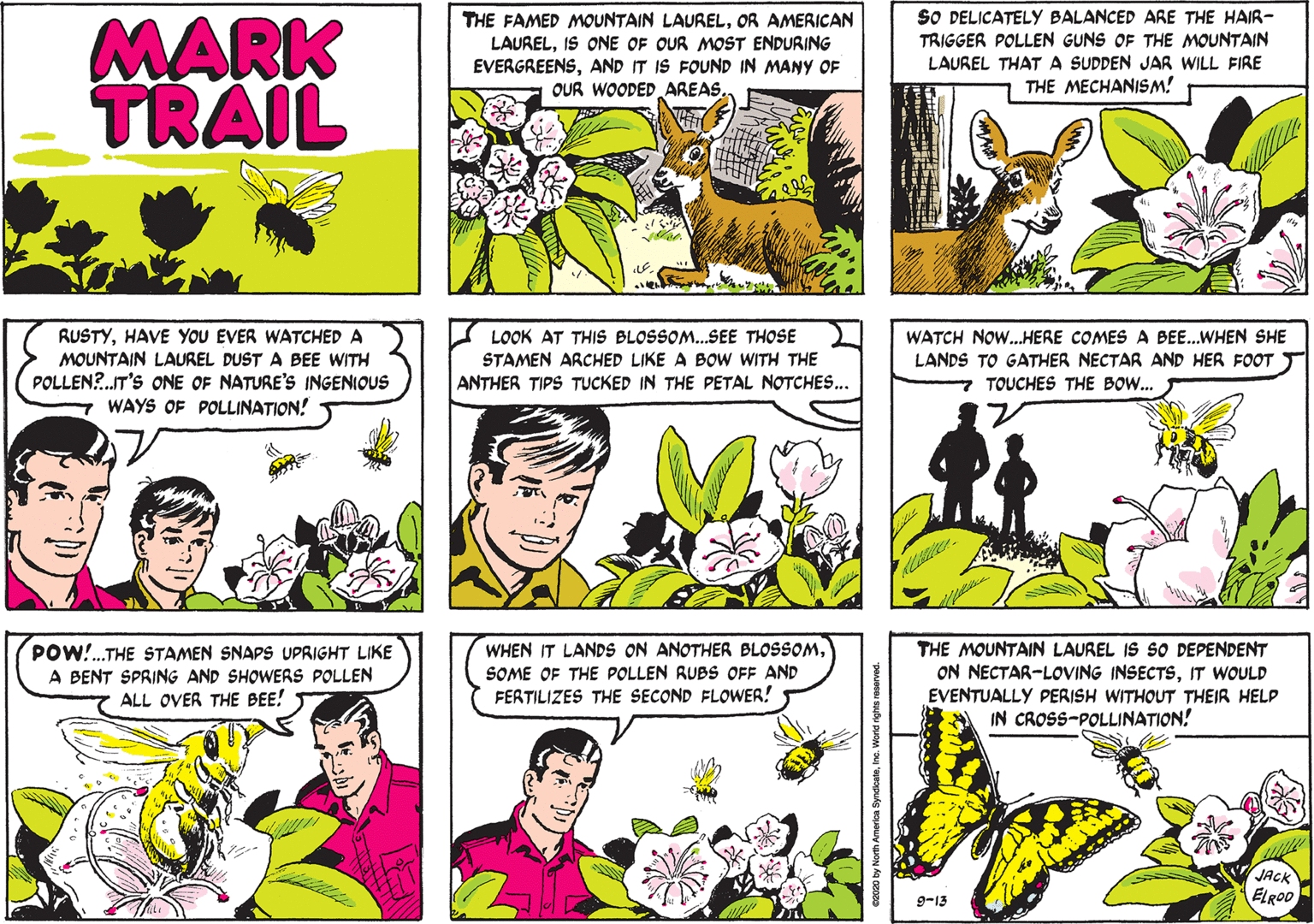 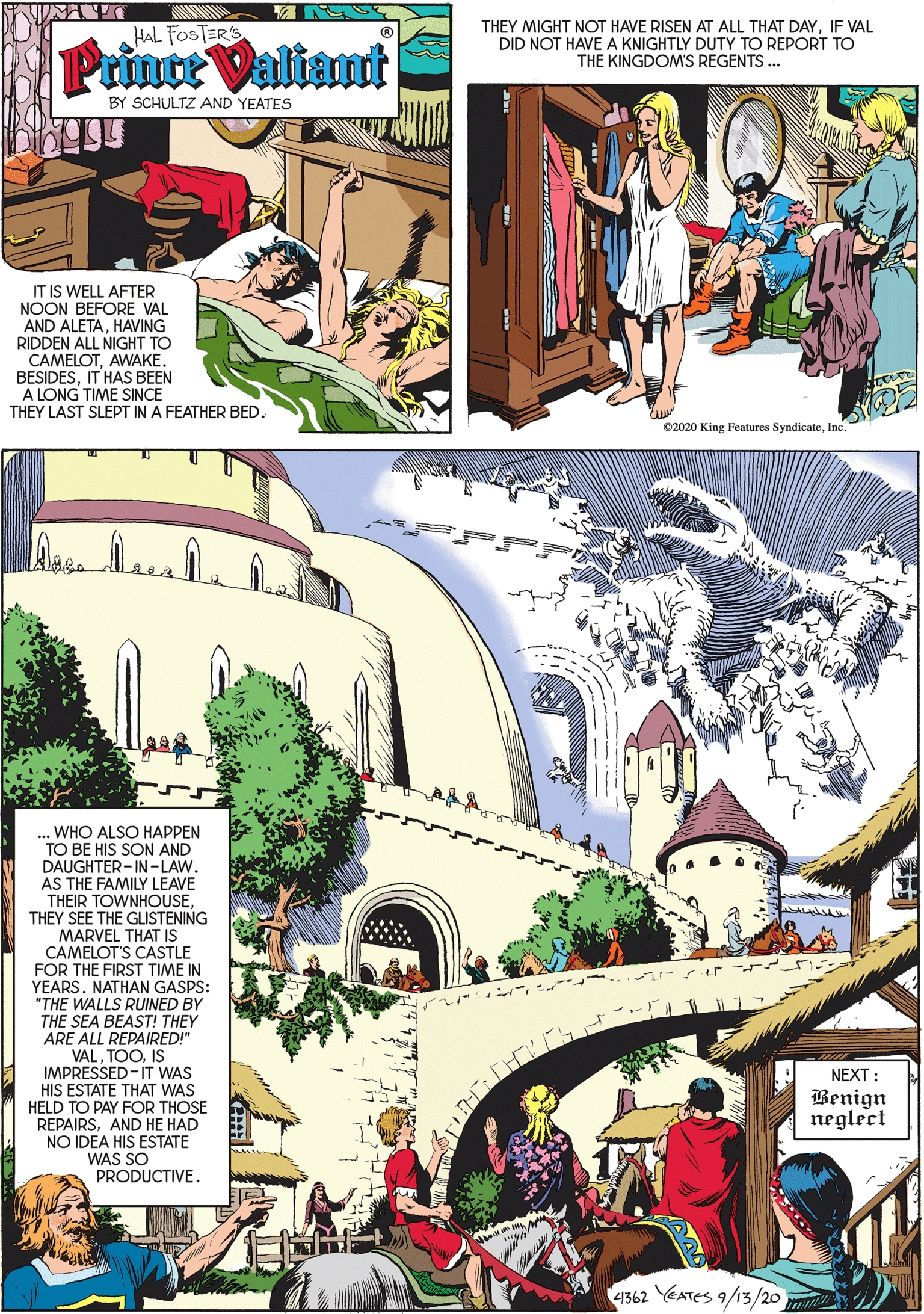 — Turtle Carl, for Uncle Lumpy, who say “Thanks for a fun time, everybody — Josh will be back tomorrow!”

“Hello again kids, and welcome back to World of Animals — I’m your beloved host, Carl. Not much going on back home in Yucatán these days, so let’s explore Nature Facts from all around this wonderful World of Animals!” 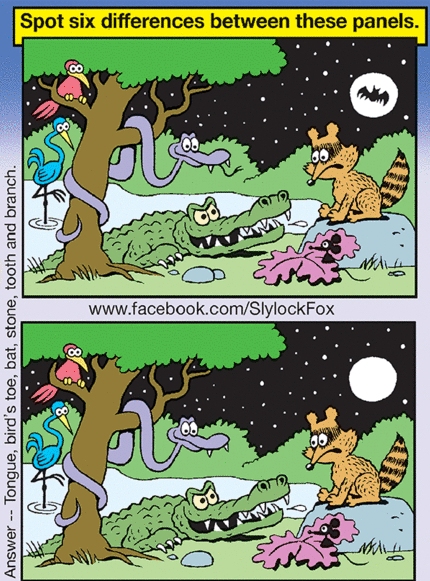 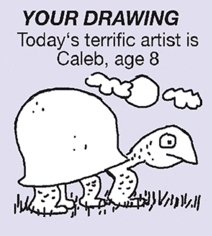 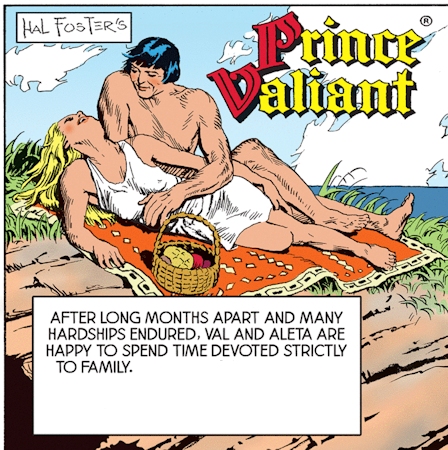