Never mind the deceptively delicate “sent to look for dangerous things” mission description — this is a hardened, deadly battle-drone that forces Beetle to reveal himself as a pacifist shirker or die. Deftly, Beetle inserts a brief viral message into the drone’s code, a vision of happy indolence — to live in the midst of an army, yet be far removed from the exertions and terrors of war. The drone is immediately and completely disarmed. Asymmetric warfare, indeed!

Beetle is thus exposed as a subversive menace and an imminent threat to our armed forces. I’m counting on Sarge to crush him. At least a couple times, this week.

Say, didn’t we just finish “petulant writer gets the chance of a lifetime in Hollywood and whines about it the whole time”? Why yes we did. So why are we sending in the B team? And will we never, ever be free of Starbuck Jones? Didn’t John Carter teach Hollywood that old-timey science fiction is a bore and a money pit?

I do like the “handsome actor drives around mumbling incoherently” bit, although that car should definitely be a Lincoln. 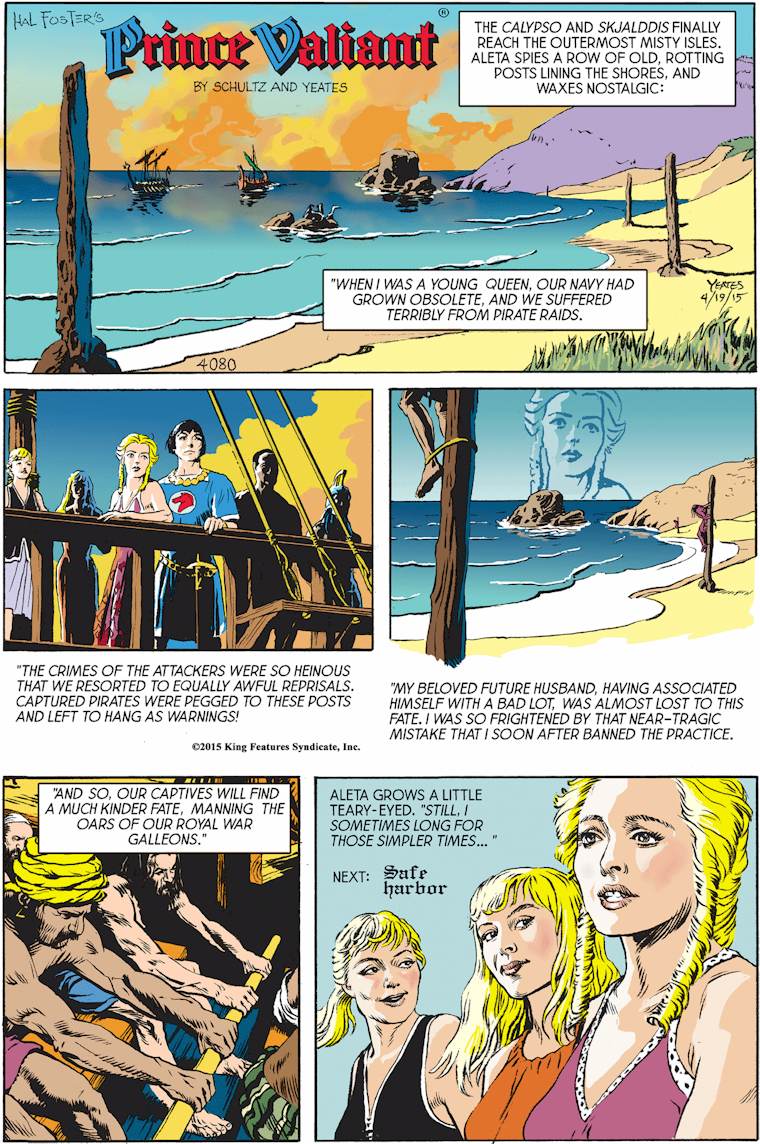 Nearing home, Aleta reflects, “Sure, girls, you can always enslave your enemies. But take it from Mom, it’s much easier just to straight-up crucify them. Oops ha-ha, I mean ‘peg’ them to ‘posts.'”

Val thinks, “Uh-oh, wife’s in one of her moods again. Hmm, maybe I can help out in the galley for a while.” 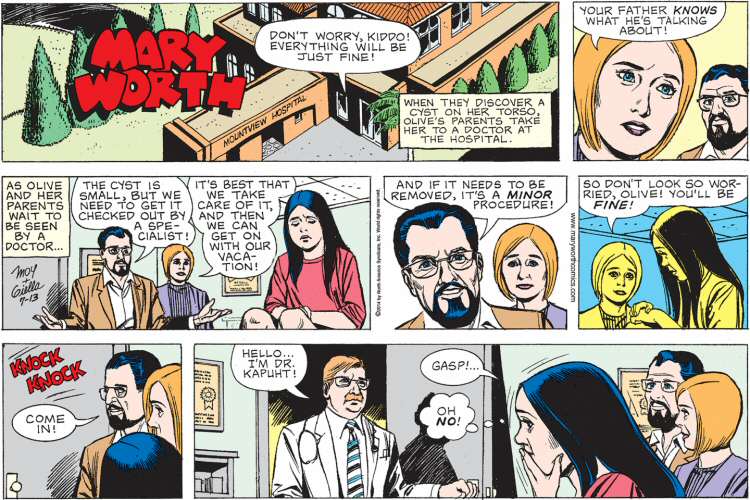 Little Olive Taylor is a sensitive spirit-child who fears water, sees fairies, takes instruction from angels, and indulges in a little routine precognition. So it’s fair to say she inhabits that uncanny halfspace between the spirit world and our own, is it not? That was a rhetorical question; of course she does.

So she knows she’s in a world of hurt. Consider: 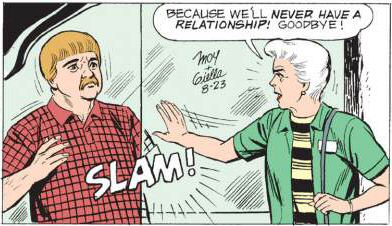 Aldo always said that when one door closes, you just knock incessantly on another one until some fool tells you to come in. Run, Olive!

Ms. Mayfair, before going all-in with your fascist animal oppressors, consider that the entirety of your mating options consists of a) Count Weirdly, and b) this guy. Think it through, girl. 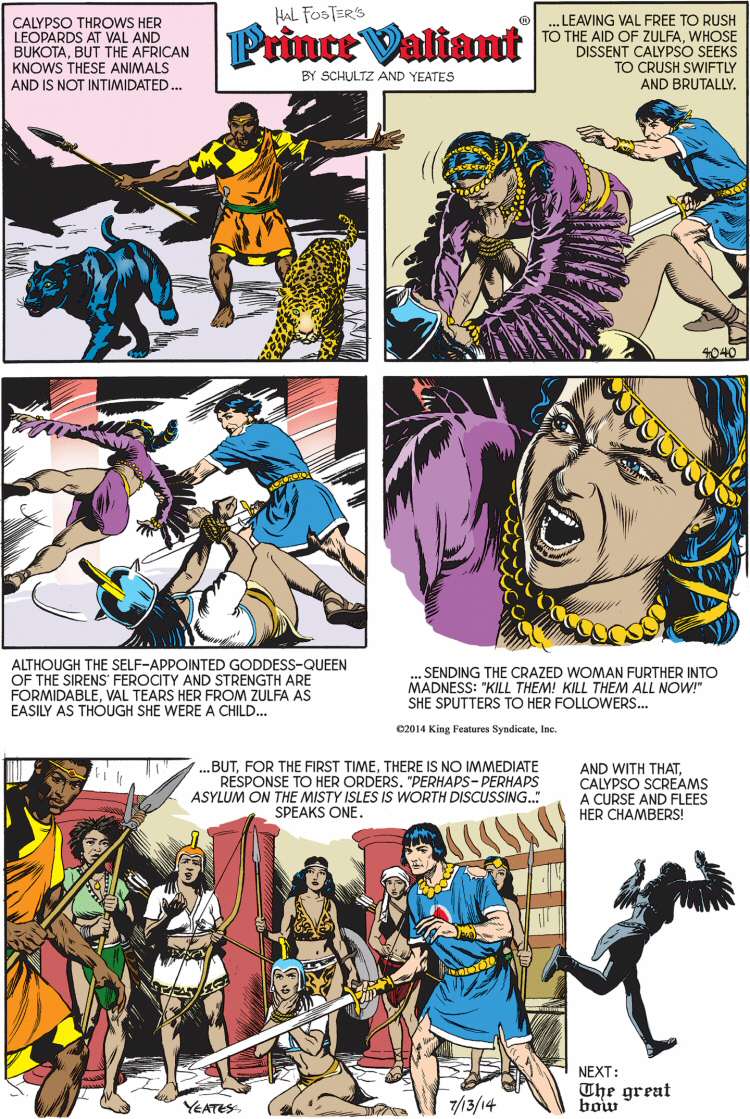 Oh my gosh look you guys it’s Prince Valiant! Val and Aleta with family and friends set sail on the Island Queen for the Misty Isles, but in a great storm and with the crew distracted by a mystic bewitching siren song the ship is caught between massive rocks and a great whirlpool and ripped apart! Val is captured by a band of Sirens and forced to battle a Cyclops, whom he defeats by luring to the edge of a cliff.

But the Cyclops is revealed to be a mere man, “enchanted” beasts mere house pets, and goddess-queen Calypso a nutjob with anger issues. In short, the story starts like The Odyssey but ends like pretty much every episode of Scooby Doo ever. 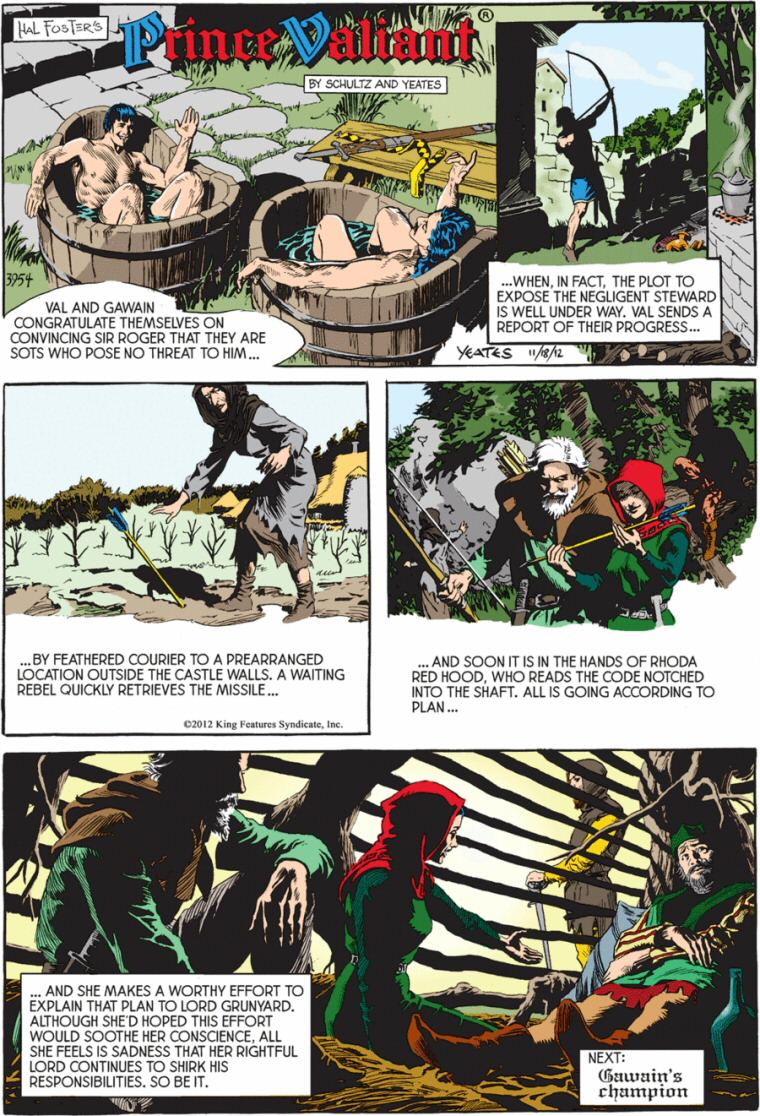 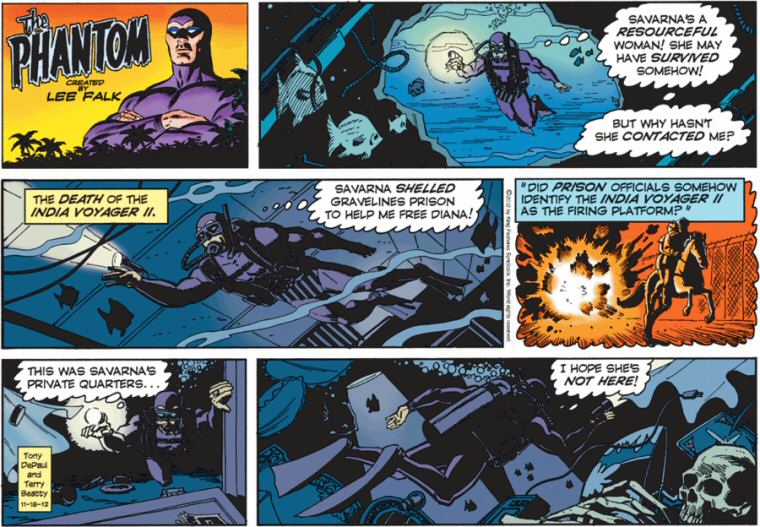