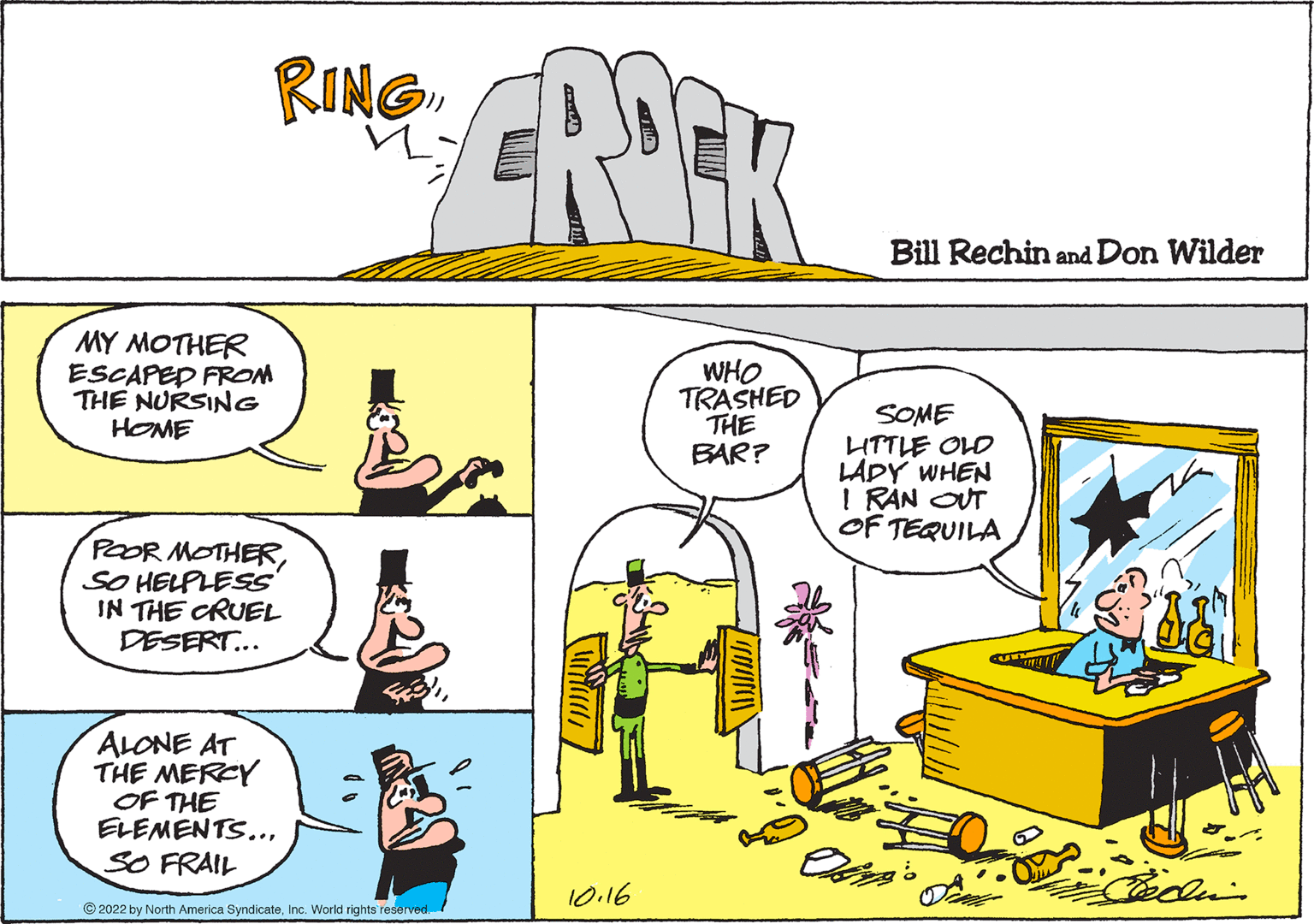 I’ve been reading Crock for … let’s just say “many” years now, so I am of course well familiar with all of its terrible running gags, one of which is that Crock’s mother (never actually seen in the strip) is in a nursing home somewhere and she’s very, very mean, even meaner than her cruel son. But in all that time, I always assumed (quite reasonably, I think) that the nursing home she was in was back in France. Algeria is a colony under military occupation, which is the very reason Crock and the Legion are there in the first place! It’s no place for old French civilian ladies! But no, it turns out that she’s been in the Maghreb all along, which really raises a lot of questions about (a) whether the creative minds behind Crock ever really had a handle on the geopolitics behind Beau Geste or if they just liked the aesthetic, and (b) why Crock never visits his mother if she’s actually so close. 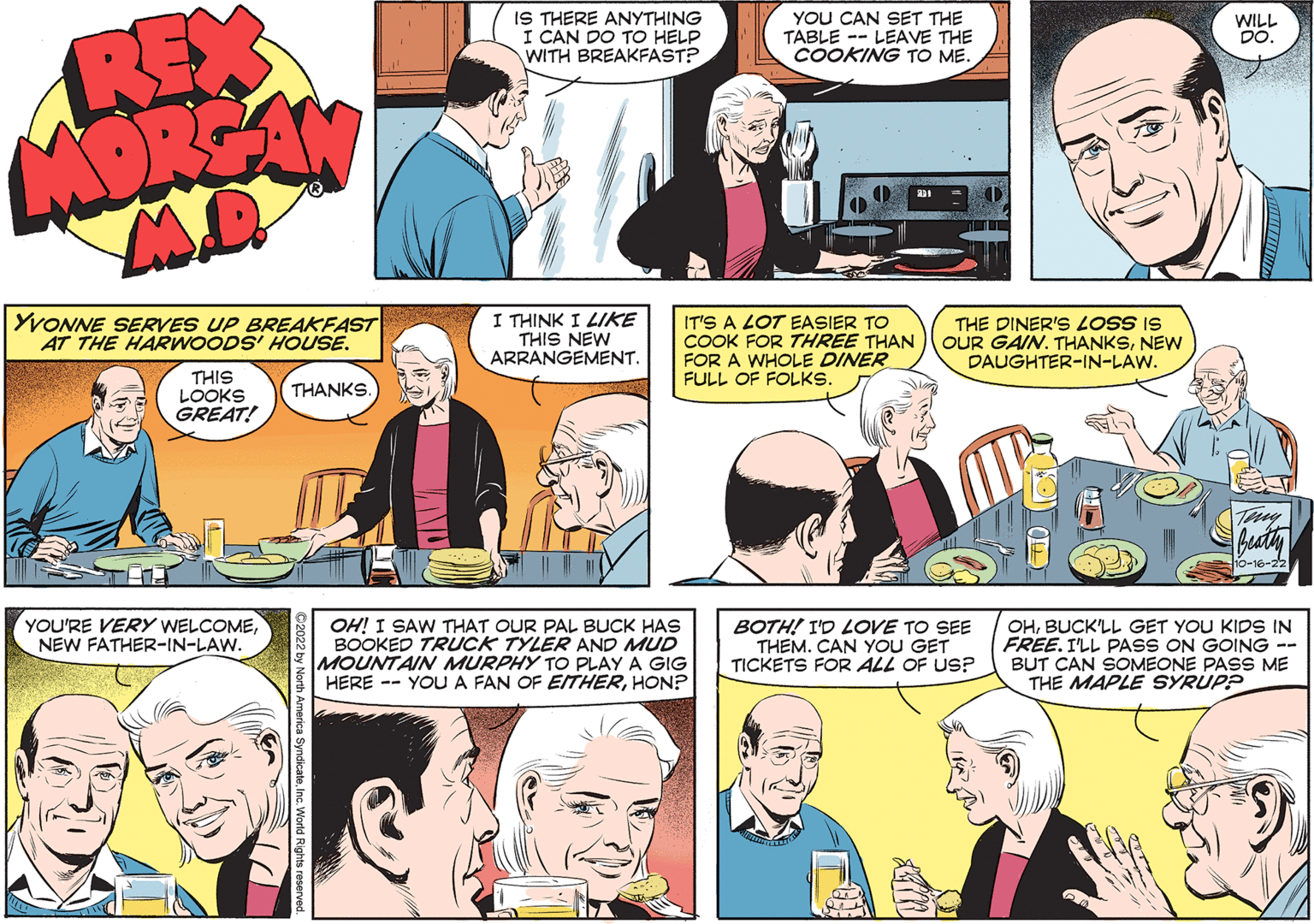 Ha ha, wow, looks like Hank Jr.’s impulsive marriage really was meant to be. They’re both fans of roots country legend Truck Taylor! Who could’ve guessed? Not Hank Sr., he’s not going to the concert because he clearly hates that shit, but he’s making nice to keep the pancakes coming.

No real notes here, just want to say that I am in love with Koppy’s sarcastic greeting here. They might not have invented a Bill of Rights for animals yet, but nothing can stop Koppy from firing off the subtle yet sick burns! Except getting punched in the mouth by Slylock, probably. 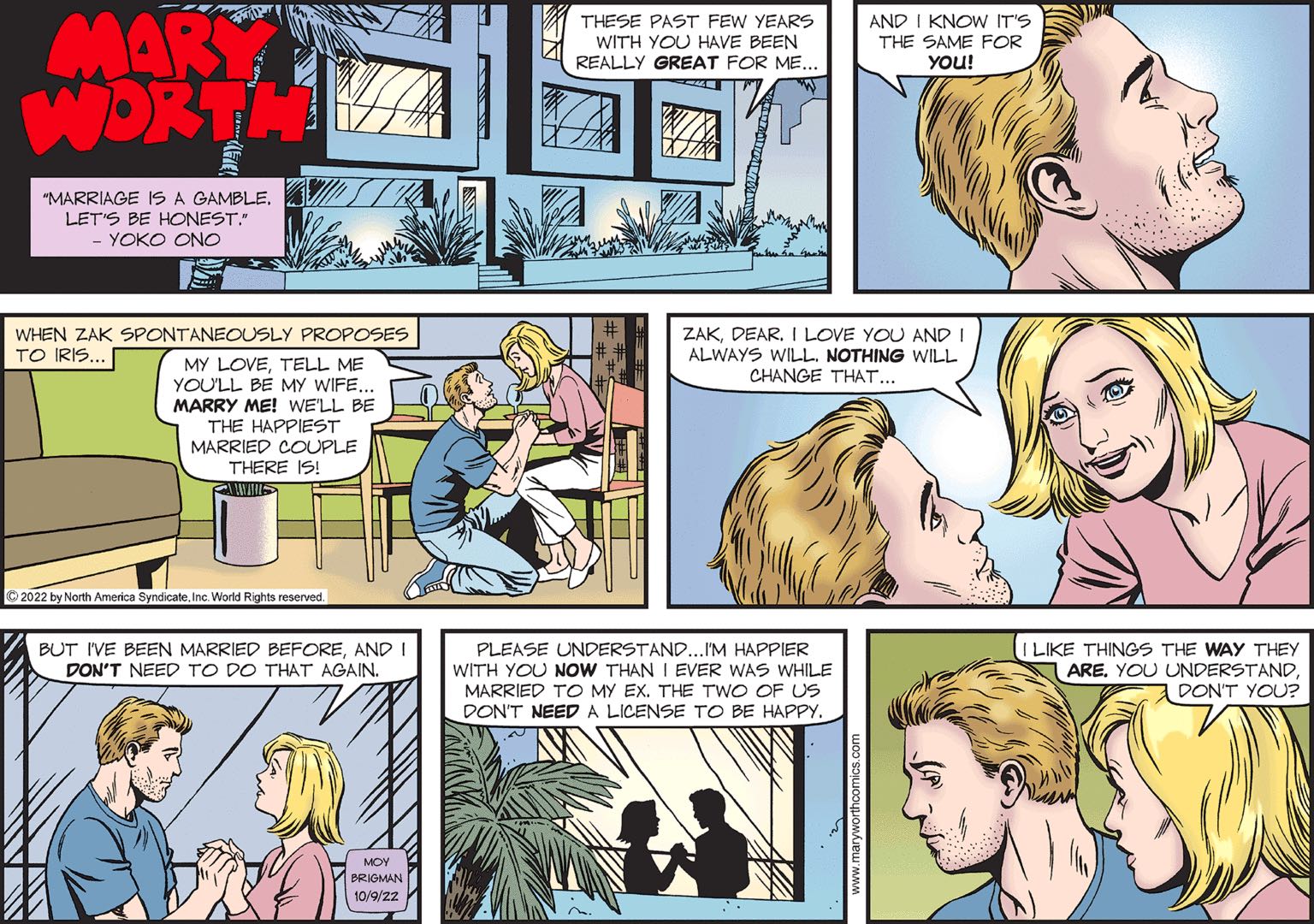