Hey, everybody, I’m back! And let’s get right into the horror, because when you think of the holidays around the end of the year, you think of sheer gut-wrenching terror. So, what was the most terrifying event that the newspaper comics industry belched out during my absence? 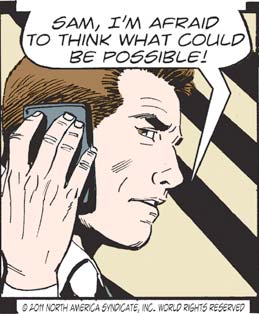 Was it when Randy’s language-generation unit started shorting out, producing a sentence that was almost but not quite something an English-speaking human would say? 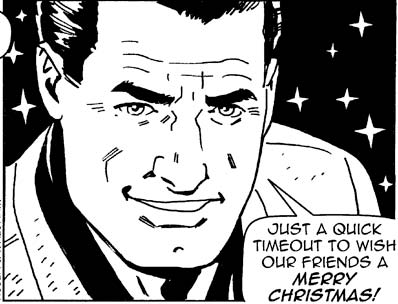 Was it when Gil stared at you with his meaty face and empty, soulless eyes, wishing you a Merry Christmas as a thousand tiny explosions twinkled behind him? 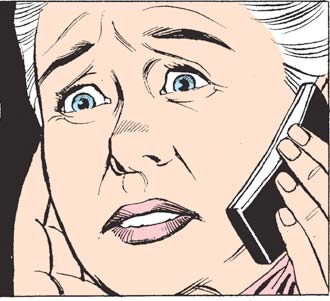 Was it when Mary Worth tried to make your head explode, with her mind? 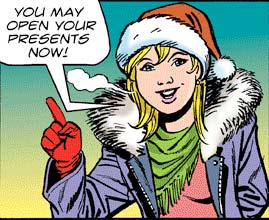 Was it the moment that you realized that you were forbidden to even open your Christmas presents in the privacy of your own home until Sophie gave you permission? 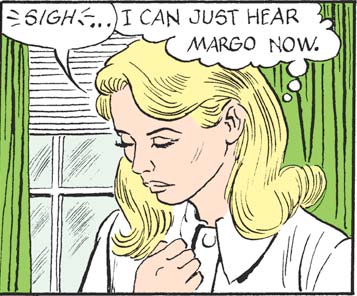 Was it when Lu Ann started hearing Margo’s voice, even when Margo wasn’t present? 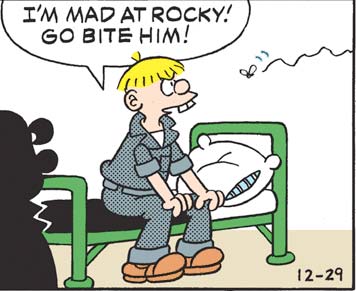 Was it when lovable Zero was revealed to be Beelzebub, Lord of the Flies? 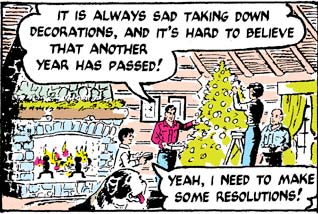 Was it when we learned that the deformed child-thing known as “Rusty” was dimly aware that time passes outside the Lost Forest compound, and that humans traditionally make “resolutions” to mark the beginning of a new year? What sort of “resolutions” does the Rusty-creature “need” to make?

Anyway, terrifying as all of those were, none of them could compare to the night when Dick Tracy and his wife desecrated the memory of the baby Jesus by engaging in Linus-Sally sex roleplay. Gross! 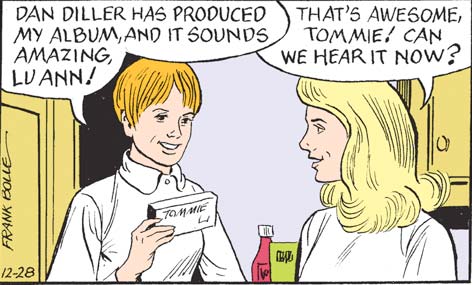 When Dan Diller scrawled “TOMMIE” on one of his old Allman Brothers 8-tracks and told her it was her new album, that was really more “pathetic” than “terrifying.”

And what does the new year have in store for us? More of Spider-Man dodging his responsibilities, I bet!

“I was about to tackle these hoods myself, until Thor came along! Hopefully someone will come along soon to take care of Thor for me?”

Anyway, I’m back on my usual routine tomorrow morning, promise. But, as threatened, I must use the beginning of the month to remind you of the existence of my various social networking shenanigans! If you want to keep up with my doings while you waste time on the Internets, feel free to follow me on:

I post more or less the same stuff to each of these, so if you should probably pick your favorite service and just follow me there rather than subscribing to all of them.

No new COTW until Friday, but still I must thanks to all who put some cash into my tip jar! And we must give thanks to our advertisers: