YOU GUYS, every year when I come back from my Christmastime voyage I’m all like “I’m just going to quickly look over the continuity strips from the past week to make sure I didn’t miss the 45 seconds of Judge Parker strip-time in which something happens,” but then every year I end up finding a slate of delightful nonsense that I feel compelled to share with you all. So before I get to today’s strips (in another post), here’s what you might have missed if, like me, you took a comics vacation over the past ten days or so. 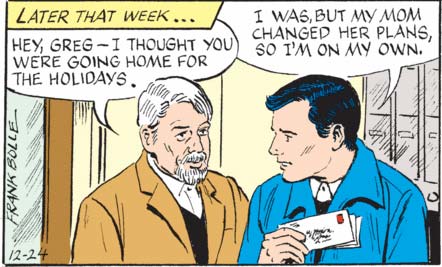 Greg Cooper, the next actor to play James Bond and thus one of the most visible and famous movie stars in the world, got dissed on Christmas by his own mom. 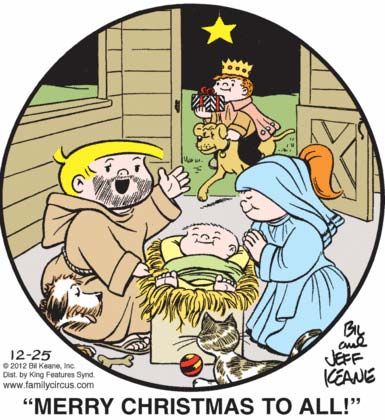 Over at the Keane Kompound, unto us an extremely smug savior was born. 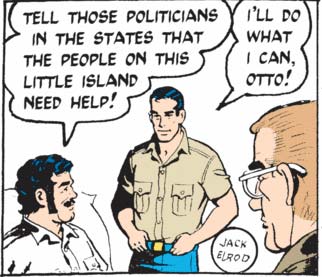 Otto decided not to take Mark and Bill Ellis’s ransom money, but will instead force Mark to lobby on his pirate kingdom’s behalf, in violation of the Foreign Agents Registration Act. 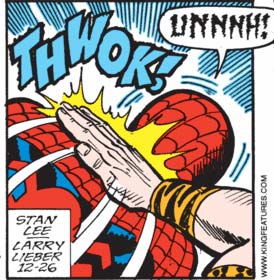 Spider-Man, a superhero with powers beyond those of ordinary mortals, was disabled with a quick blow to the back of the head, something that’s happened to him on multiple occasions. 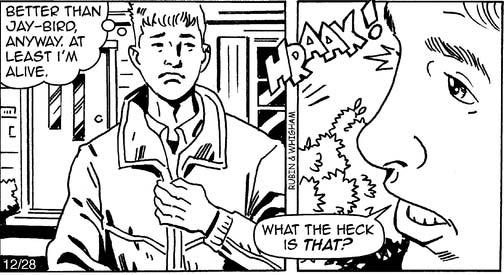 Oh, yeah, there’s a Gil Thorp basketball-season plot happening, I guess! It involves this basketball player, Scott, who is sad (and therefore not as good at basketball as he should be, which is the most important thing, obviously) because his little brother “Jay-Bird” died of leukemia. I had a brief hope that the horrible noise in this final panel was little Jay-Bird bursting out of his grave to feast on living flesh, but instead it was just a mysterious peacock that only Scott can see, which may in fact be Jay-Bird’s soul, which has come back to this mortal realm in bird form to feast on living flesh.

Cayla and Les are already pretty sick of each other’s company, to nobody’s surprise.

In Judge Parker, Sam Driver shows that he knows the golden rule of lawyering: snitches get stitches. 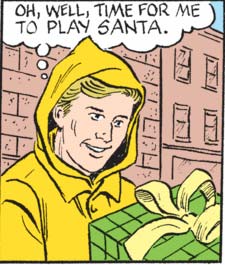 Back in Apartment 3-G, Evan has finally revealed himself for what he truly is! …which appears to be a member of some kind of medieval craft guild, I guess? 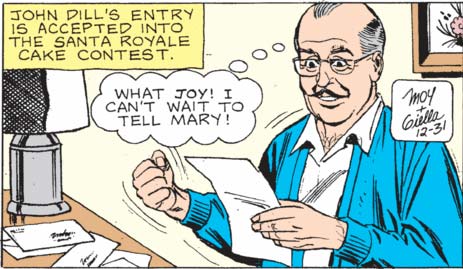 John Dill’s entry has been accepted into the Santa Royale cake contest, and the excitement appears to have caused a massive stroke event.

Oh, right, Kwanzaa! This year’s nutty Curtis Kwanzaa tale involves an African village where an evil never-seen witch makes all the handsome young men mysteriously disappear when they reach marriageable age. Our hero, Maya, awakes in her lair only to discover that, despite evil witch stereotypes, she’s actually pretty sexy. “Well, uh, you’re not rich!” says Maya, but then she demonstrates that she has piles of gold and an elephant servant. “Hmm, tell me more,” says Maya.