Ugggh, everybody, much as sorting through all these plots has been a genuine joy of (re)discovery, it’s also meant some hard choices, and in going back over the 2007-08 blog year, I had an extremely hard time even cutting things back to a winner and three runners up. I could not ignore, for instance, the time that Mary Worth’s boyfriend Jeff’s son Drew “Dr. McHottie” Corey tried to simultaneously romance Wilbur’s daughter Dawn and Mary meddlee Vera, with predictably violent results: 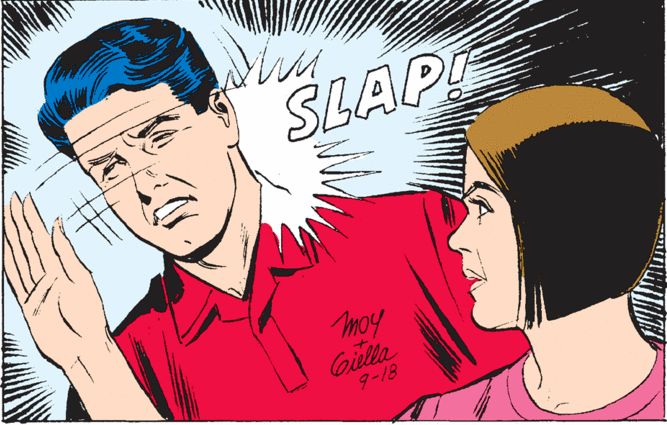 Later, he was forced to admit that Mary and Jeff represented what true love was all about, which, barf.

Over in Gil Thorp, Coach Kaz went on an exciting summer adventure as an undercover detective in the entourage of Gail Martin, the “rock and roll Carole King” and performer of the smash hit “Tarzana Nights.” Kaz punched some dude in the brain and figured out who the rat in Gail’s entourage was (it turned out to be her drummer, aka Burnout Ben Franklin). 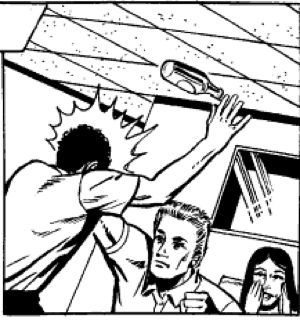 And let’s not forget the time that Abbey was secretly fed pot brownies, by her kindly elderly pot-growing next-door neighbors, and then she got super high and she and Sam tried to have sex but she passed out first and this image was involved and it was the worst kind of surreal nightmare.

But when it came to hard-hitting stories about drugs and how they are bad, the winner was definitely Apartment 3-G, which spent much of the year on the saga of Lu Ann’s ne’er-do-well boyfriend Alan, who was addicted to … drugs, of some kind, it was “rock” or “dope” or something, and he got it from “Jones,” his vest-wearing beatnik dealer and eventually tried becoming a dealer himself, but the important thing is that this plot gifted us with some of the dorkiest drug talk ever committed to print. For instance: how does dope make you feel? Does it make you feel super? 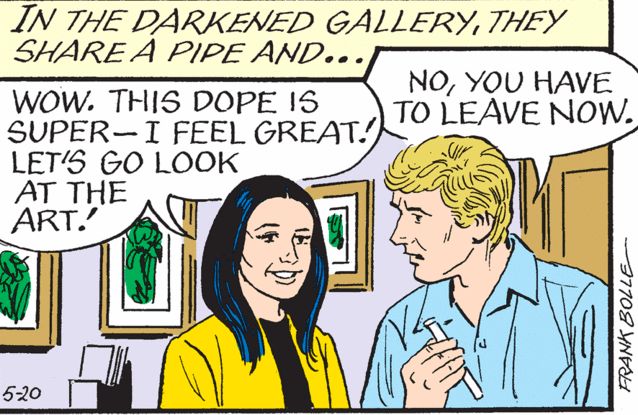 How much would you say drugs cost you? Just a part of your paycheck, or most of it, maybe? 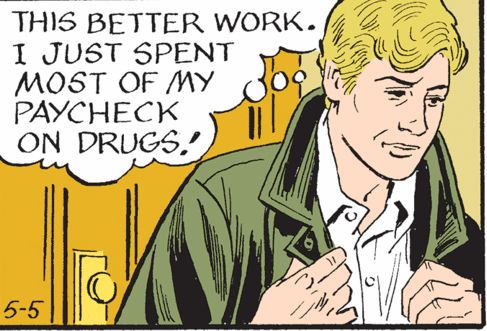 When you’re super into dope, are there things other than getting high that you care about? 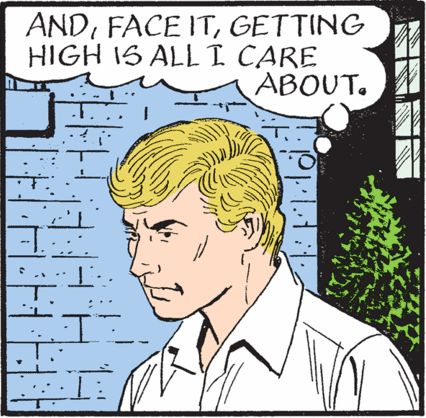 And, finally, when you’re really worked up about drugs, what is it that can make you calm down?

Alan was eventually gunned down by this crazed bald drug fiend, so, you know, drugs are bad and you should not do them, no matter how sexy Judge Parker makes them seem, the end.