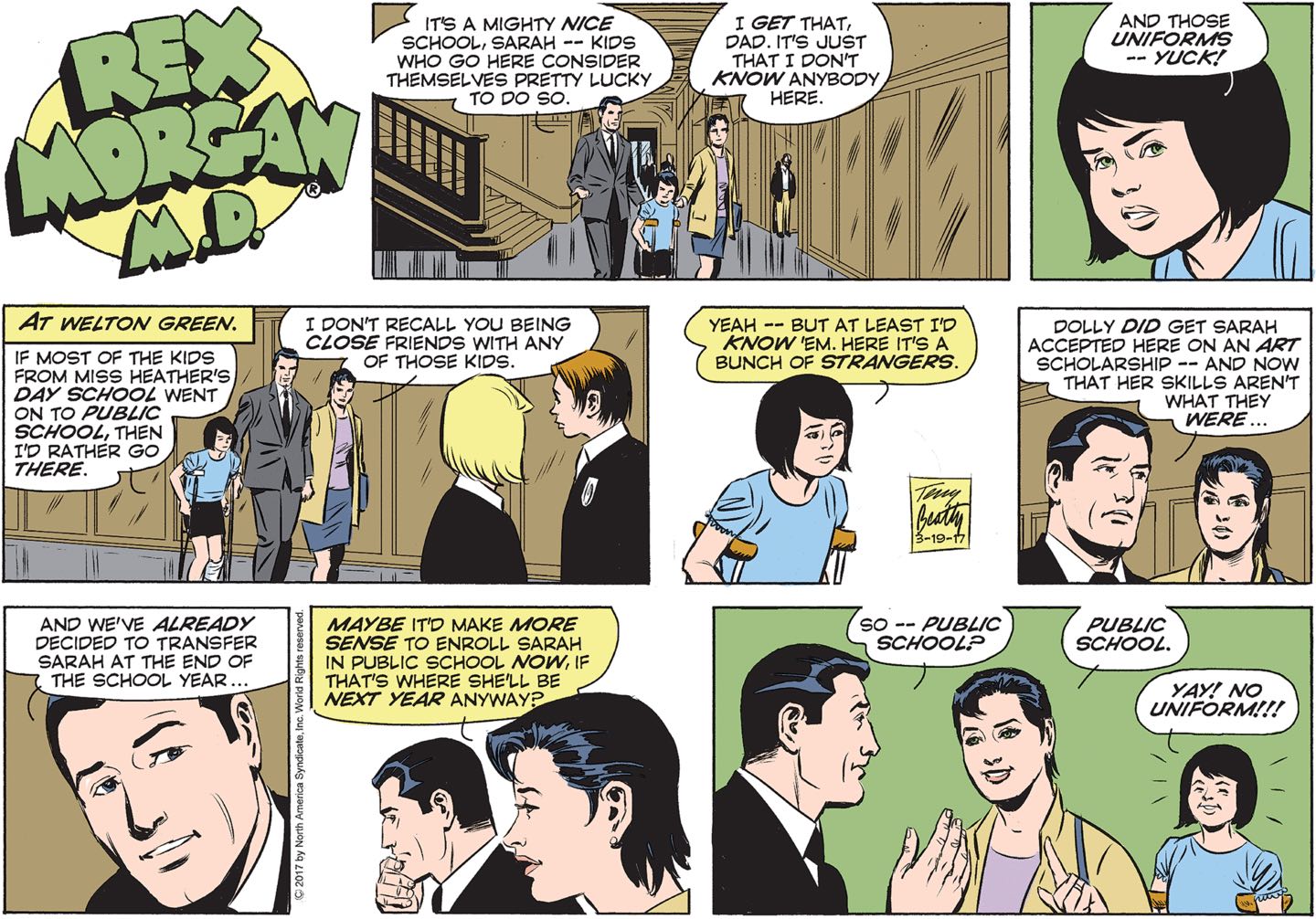 I get why a new writer might want to retool a long-running strip a bit, especially when it comes to a character who, through a long series of choices that might’ve individually made sense, became an art prodigy at a prestigious private school who’s bankrolled by a mob widow and chauffeured about by said mob widow’s brutal enforcer. Still, it seems like the best approach would probably be to rip off the band-aid quickly; I can’t believe I’m saying this, but the strip that got it right was Newspaper Spider-Man, which was coerced by its corporate parent into going along with the comic book continuity’s One More Day storyline in which Peter’s marriage to MJ was erased from history by a demon (no, really), and so introduced the shift in the most half-assed way possible: by just straight-up announcing it with no further explanation beyond a wall of text telling us, “yeah, this is what we’re doing now.” Then, when it turned out everyone hated this idea, a new wall of text was like “oh, yeah it was all a dream, sorry y’all.” I’m not saying Rex Morgan should be quite that blatant about it, but honestly the more they dwell on changing up Sarah’s character, the more obvious the grinding gears are. Just send her to public school! It’ll be fine! We won’t even notice, probably!

By the way, June saying “I don’t recall you being close friends with any of those kids” is one of the coldest things I’ve ever seen a comic strip mom say to her too-smart-for-her-age socially weird daughter. That’s also big talk from someone who has exactly one friend, her erstwhile nanny, who is decamping for England after June suggested she have an affair with a household employee, so as to acquire his seed. 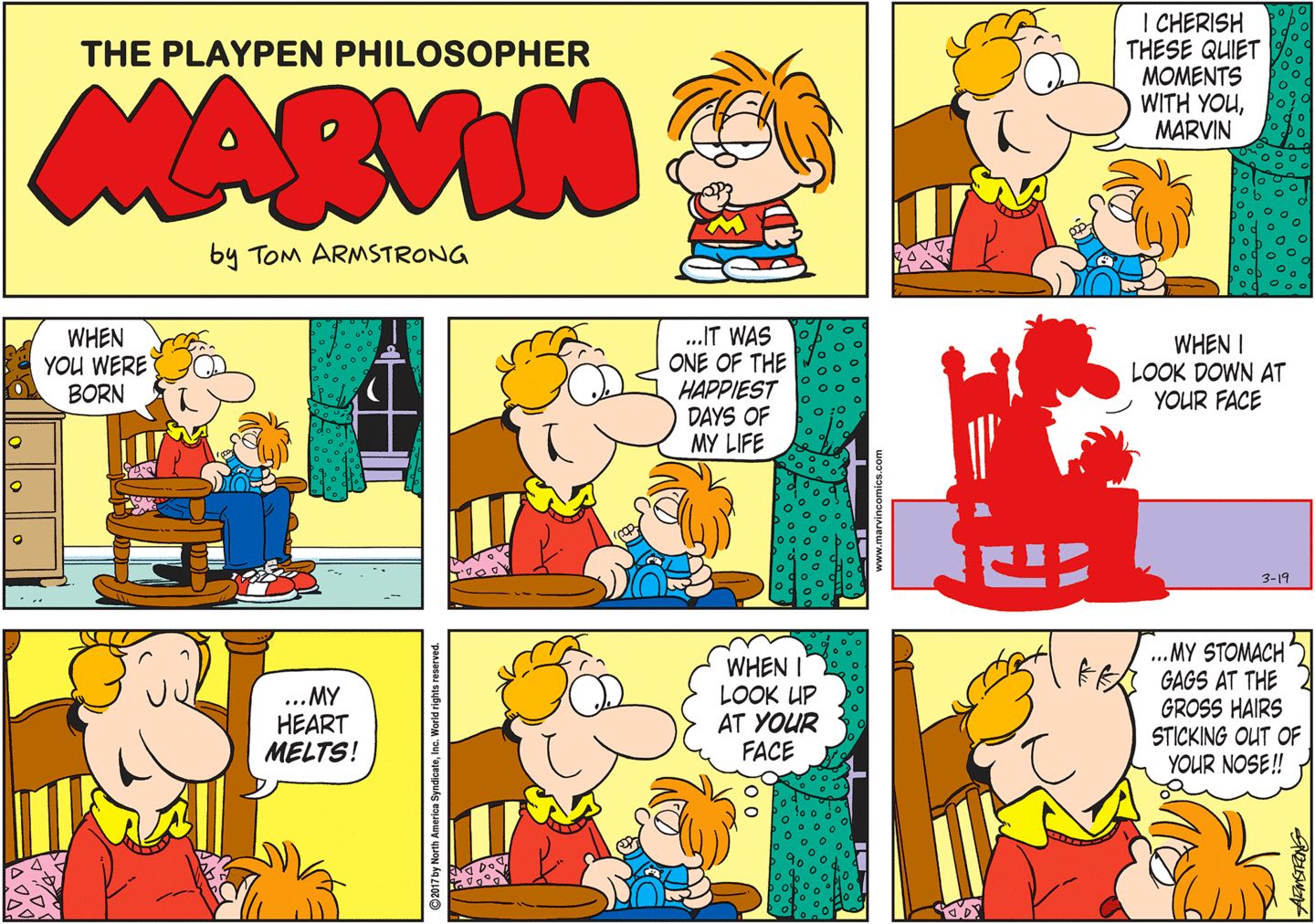 I don’t know if Sunday Marvin strips have always referred to its repugnant title character as “the playpen philosopher” and I’m just now noticing, or if this is a recent attempt to rebrand the hated baby. Either way, I’m disappointed that there’s no philosophy in today’s strip, though I suppose responding to your father’s unconditional affection with disgust is “philosophical” compared to, say, smugly announcing that you reek of shit and piss.