It’s actually been kind of amazing over the years to watch Les get lavished with more and more praise and material benefits even as his personality veers further from “irritating” into “completely insufferable.” This week, we’re finally getting the closure we’ve wanted about Bull’s suicide arc, and that closure is naturally all about Les. Remember, in the early, “fun” days of the strip, Bull was a vicious bully who made ever day of Les’s life a living hell; ever since the various time jumps, the strip has tried to retcon it so that secretly Bull liked and respected Les all along, even when they were kids, and Linda has invited Les over to make sure he knows this. Why, Bull had even been donating money to Lisa’s Legacy Fund all this time, unbeknownst to Les, even though they were friends and colleagues for years as adults and there was no real reason for Bull not to tell him, and Les is also presumably in charge of all the finances of Lisa’s Legacy Fund so he would’ve known anyway. But still, what really counts is that Linda is spending her mourning making sure Les knows how beloved and respected he, personally, is.

And hey, you might’ve noticed from that old strip linked above that way back before time jump #2 Bull and Linda were talking about adopting a child! Well, after the time jump, they had in fact adopted her and she was a teen, and we haven’t seen her in years and years and years but probably she’s … dealing with her father’s death in her own way? Her response isn’t as important as Les’s, of course, but it might be an interesting part of this storyline to explore, just a suggestion! 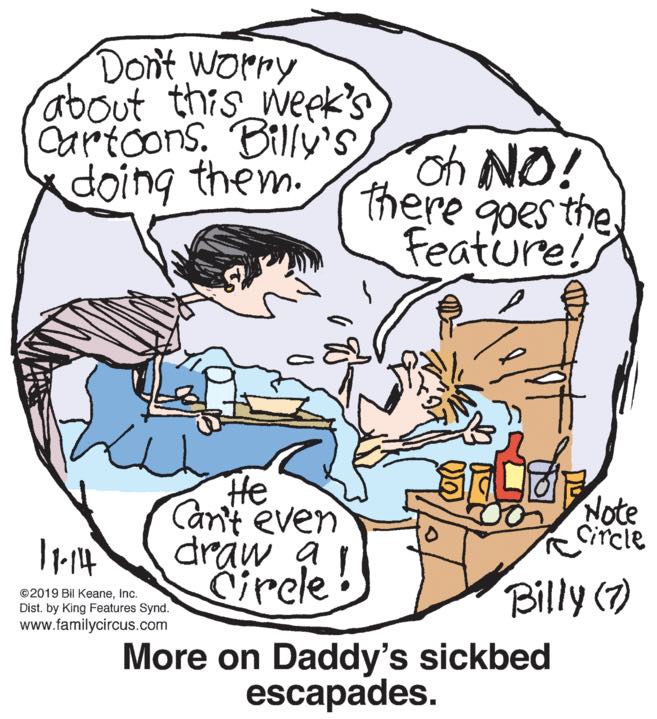 One Family Circus narrative conceit I really enjoy is when Billy (age 7) subs for Daddy as the artist for the Family Circus. There’s just so many narrative layers involved! First, it acknowledges that Big Daddy Keane within the world of the strip is both a character and the universe’s creator; then, of course, there’s the fact that real Bil Keane passed away years ago, and that the strip is now drawn not by Glen Keane (the real-life Billy analogue) but rather the grown-up Jeffy, pretending to be his father pretending to be his brother. Today, he’s really leaning into the fact that his version of his father’s version of his brother (age 7) sure sucks at drawing the Family Circus! Look at this chump’s hackwork! He can’t even draw a circle properly! He’s going to ruin the family business! Probably it should be handed down to one of the other sons, I guess?

“Mary Worth ill-advised wedding dream sequence” is a phrase that I never knew until this moment that I so badly wanted to see acted out. The giant question mark obviously represents Estelle’s questions about her future with Wilbur, which somehow haven’t been answered quite definitively by a week of drunken antics, but I really hope that the door pops open tomorrow and we see The Riddler, there to perform the ceremony. 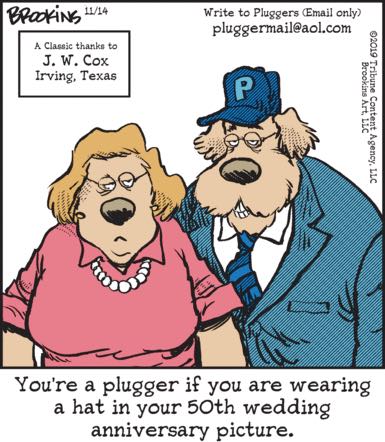