Since I seem to have become a vague clearinghouse for comics-related news, and I’m getting this e-mailed to me left and right, I should probably say something about the untimely death of Doug Marlette. Marlette was the artist behind Kudzu, which I was always kind of ambivalent-to-negative about, but he was also a Pulitzer-prize winning editorial cartoonist; though I often didn’t agree with the points he made in his political cartoons, I found their art and attitude to be pleasingly nasty in the best possible way that a political cartoon can be. He died aged 57 in a car crash on a rainy road, which is tragic no matter what you think of his cartoons. Every comic artist deserves to go out at a ripe old age at their drawing board like Johnny Hart.

In memoriam, I offer a link to the thing Kudzu did that I perversely liked best: jokes about the difference between varying Protestant denominations. Find me one other nationally syndicated cartoonist ready to make Episcopalian jokes, hun? I also am eternally grateful for him for a cartoon he did a few years ago: I didn’t like all that much, but it did allow me to set up what may have been my most offensive Family Circus joke ever.

I’m pretty sure I don’t get this. Is it supposed to be funny that General Halftrack is all excited about his “fan club,” only to find to his disappointment that it consists of a single person? But really, wouldn’t having someone form a fan club composed only of himself still be kind of flattering? It would have at least made sense in the context of the Beetle Bailey milieu if the “General Halftrack fan club” had been founded by Lt. Fuzz as another outlet for his loathsome sycophancy, but adding a third panel in which the towheaded kissup actually appeared would have apparently required too much additional painstaking detail work on the background to make it worthwhile.

Ha ha! Man, Kid Rock and Pamela Anderson only broke up, what, six months ago? How do these guys come up with zingers like these so quickly?

Wait, I knew that the Cabots were rich, but … Cabot Island? “Oh, it’s just a little place … they used to call it ‘Sicily’ before we bought it.”

By the way, Roger, I don’t care if you do you own your own island, no man with a mullet as stringy as yours should wipe his mouth with a napkin that daintily. It’s just against the natural order of things.

Man, I sure hope panel two gives us a hint about the Wicked Commissioners’ secret airport bird-attraction scheme: they’re going to regurgitate worms and grubs all over the runway in a bid to woo their feathered friends and disrupt air traffic! That’s why the dude’s taking his jacket off in the final panel. You don’t want to get half-digested larvae all over your nice suit.

Oh, by the way, the Phantom has started a new storyline that involves bickering wealthy white people on a huge yacht. And thank goodness for that, really, because the other serial comics have been terribly neglectful of the dramatic possibilities that could be built around money and the dilettantes who squabble over it.

I had some kind of juvenile “pitcher/catcher” joke ready to go here, but then I realized that nothing I could say about this strip could possibly top Dean Booth’s take on it. 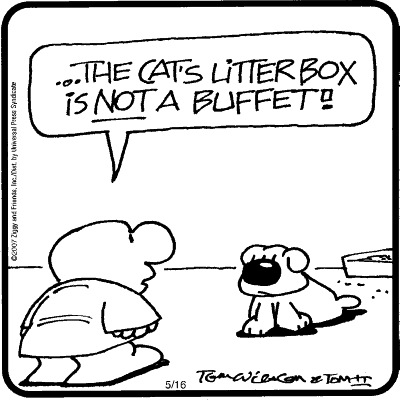 THIS COMIC HURTS MY SOUL.

To me, the tropes in Shoe range from the mildly amusing (“the Perfesser has trouble with deadlines”) to the bland (“Skyler doesn’t know the answer to a test question, so he comes up with an ‘amusing’ response”) to the irksome (“Shoe is hounded by his ex-wives for money”). However, there are few I find more more outright distasteful than “the obese older male birds hit on ‘sexy’ fortysomething birds who look like they have been used hard by life.” And few strips in that genre have been as unpleasant as today’s, in which the Perfesser drunkenly attempts to initiate sexual relationship with a barfly, only to be repulsed to discover that she’s even more intoxicated than he is. So, um, congratulations, Shoe, on bringing me to this new level of ick. Don’t feel any obligation to top yourself in the future or anything.

So the Apartment 3-G creative team had done a decent job depicting Albert Pinkham Ryder’s face, though his ghost is dressed rather nattily for someone who spent the latter part of his live a shut-in. But considering that most of Ryder’s work consisted of dark, moody landscapes that presaged modernism, I question whether he would go through the trouble of coming back from the dead just to help Lu Ann paint her bright, faux-Victorian botanical still lives on white backgrounds. I suppose he doesn’t really get to pick the tastes of the artists he inhabits. Being dead must be even worse than I thought.

Most of the time, Kudzu’s hateful “modern bible translation” bits involve slang that’s at least five years out of date, which allows me to feel young and scornful. But I had to goggle at today’s strip for a good five minutes before I figured out that “friend” as a verb is probably supposed to mean “to add as a friend on MySpace or Facebook or whatever those social networking hoo-hah sites are that I’m too old and cranky to use.” Sussing out the meaning was made even more difficult because the phrases in the Lord’s Prayer it replaces — “trespasses” and “trespass against” in the King James, “sins” and “sin against” in more modern translations — don’t correspond, like, at all. It’s just an attempt at slapping in a random neologism in place of a word that may be vaguely suitable for replacement because in the King James translation it’s kind of archaic and confusing. So, in conclusion, I hate it, and it should die.

I usually look away when Funky Winkerbean hits its high points of horror, but I have to ask: does anyone else think that the black blob between Wally’s outstretched arms in panel three that doesn’t seem to be attached to anything is his head? Take that, Mrs. Wally! You think it’s so damn tough going through life with one arm? How about going through life with zero heads, huh? Game, set, and match!