Look, I have no insider knowledge and I’m not saying that the Dick Tracy creative team is in the midst of a contract dispute with their syndicate, but I am saying that if they were, claiming that “I don’t need the comics pages, I could get into the lucrative game design business” wouldn’t be the worst negotiate tactic! It would work a lot better if they actually owned the rights to Dick Tracy so they could turn it into a game, though.

Say, have you somehow, against all odds, gotten emotionally invested in the character of Kyle Vidpa/Jake Rowling? Well, if so, the fact that he appears to be on the verge of fatherhood is probably making you feel … something? This is making you feel something, right? Sound off in the comments to let us know that that might be, exactly!

We all, of course, are familiar with Grimm, one of the beloved title characters in Mother Goose and Grimm. Today’s installment of that strip poses the question: what if Grimm died, and was condemned to eternal torture in Hell, forever outside of God’s grace? That’s a real knee-slapper, if you think about it! 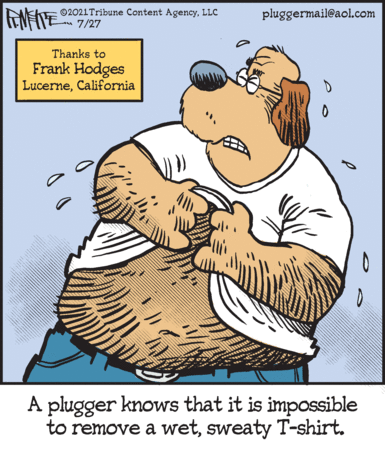 WAIT, WHAT’S THAT? YOU DIDN’T ASK FOR THIS? YOU NEVER COULD’VE EVEN CONCEIVED OF ASKING FOR THIS?

HUH! LOOKS LIKE WE’RE ALL BEING TORTURED FOREVER OUTSIDE OF GOD’S GRACE, I GUESS

Good news, everyone! Like Dennis the Menace, Grimm, the lovable dog from the syndicated comic strip Mother Goose and Grimm, is about to get what he deservers (incarceration in a federal prison). 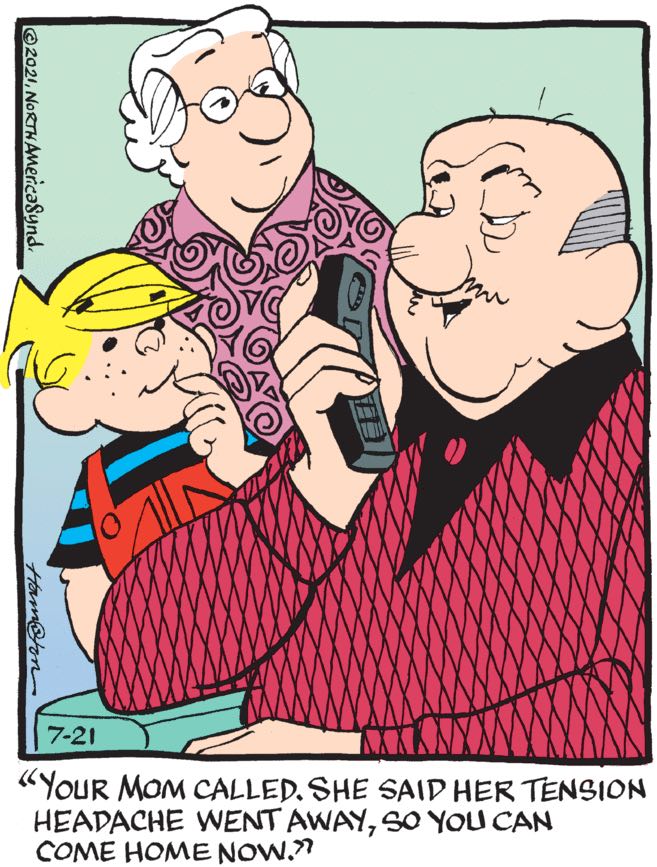 Ha ha, just kidding, of course. Dennis remains at large, and in fact his little road trip with the Wilsons is about to come to an end. The adorable tyke is being delivered safe and sound back to his family, who have finally enjoyed enough Dennis-free days to be able to deal with him again. Remember, it takes a village to avoid your child! 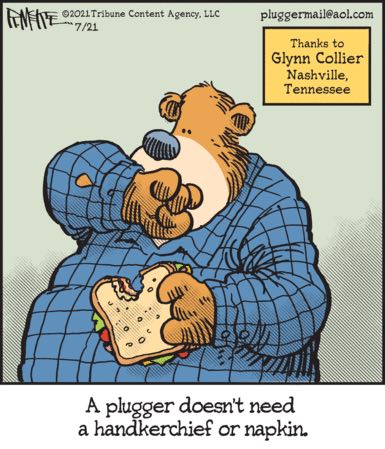 Oh, do you use a scrap of cloth or paper to ensure that you don’t soil yourself and clothes? Well why don’t you go back to communist Europe, you effeminiate weirdo

Look, I thought we had a consensus here: Cartoonists draw the people and animals in their strips in all sorts of whimsical, silly ways that look funny on paper and we think it’s cute, even though if we actually saw a being in the flesh with those proportions, we’d recoil in horror and disgust. But when the actual cartoon character acknowledges his freakish, unnatural form, it quite frankly breaks the spell and forces us to imagine these nightmare beings. Like, can you imagine a horse with no neck? Horses are all neck! Their long, muscular necks are one of the defining features of their body plan! But try visualizing a horse — not a cute cartoon horse, but a real flesh-and-blood thoroughbred — with its head just jammed onto its shoulders. What a nightmare, right? It’s real sick shit, and I’m mad at Barney Google and Snuffy Smith just for making me think about it.

You know some real sick shit I’m not mad thinking about? Mother Goose (specifically the title character from the popular syndicated newspaper strip Mother Goose and Grimm, to be clear, not just the generic folklore character) down at the blood bank, just wheeze-coughing into blood bags while the nurses there desperately try to get her to stop. Call me mercurial, I guess, but that’s the sort of thing I sincerely enjoy!

Another thing I’m enjoying today is Crankshaft’s emotional journey in this strip. “Christmas? In June?” he seems to be thinking in panel two. “Did they move it? Is nothing sacred now that the damn libs are in charge again?” But then in panel three, he’s like, “Ohh, I get it now. It’s wordplay! I love wordplay!”

Important correction to yesterday’s Mary Worth post: When Shauna said that she was working at Santa Roymart, I assumed this was the supermarket where Tommy and Brandy also worked. In fact, as several faithful readers pointed out, those two work at Freda’s, Santa Royale’s upscale market with a personal touch. Santa Roymart is a big box store where Tommy refused to work, possibly because it was the scene of a botched drug raid. Is Shauna in league with the drug dealers who use Santa Roymart’s warehouse as their HQ? Keep reading this blog to find out!