I’ve been enjoying Mark’s fish-out-of-water misadventures in wildlife-themed social media, and especially Cherry’s return to Elrod-era badassery. But it’s deeply satisfying to see Mark head back into his element, confident hand on the wheel and fully prepared for whatever’s ahead. And the fact that he’s leaving Rusty out of yet another fishing trip, well, that’s just the icing on the cake.

It’s funny because John and George are dead!

I dunno, Jesse, somebody put a lot of care into inking those jeans.

Oh no! Clueless boss Ed interrupted Joe just as he was about to spill the beans to Ted about the real culprit in Helen’s husbands’ deaths. Now it’s six months of “My son is lazy and my dog is fat” until the facts emerge. Why is there never a Time Drone around when you need one?

Welp, that’s it for me! Thanks, everybody; I had a good time. Tune in again tomorrow for Josh’s triumphant return! 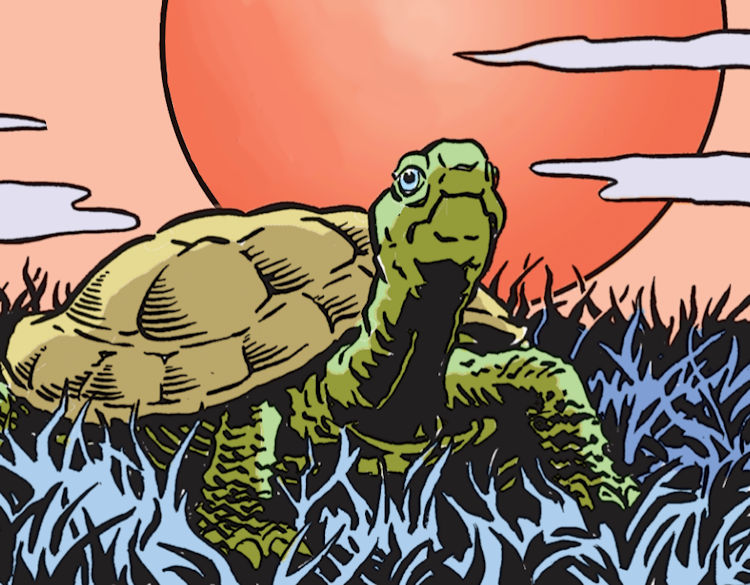 “Hello kids, and welcome back to World of Animals — I’m your beloved host, Carl. Well, it’s been quite a while, so let’s all catch up — on entertaining Nature Facts from the wonderful World of Animals!” 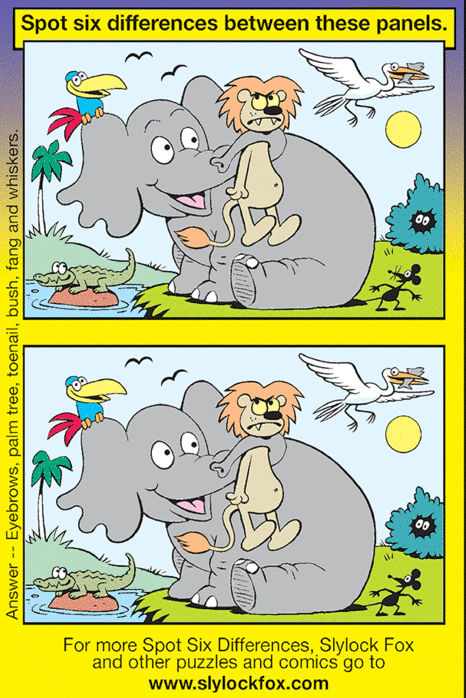 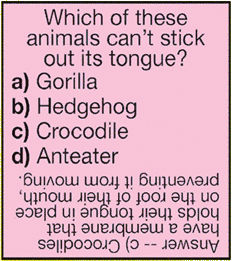 Thanks so very much for your kind attention. I do hope we have an opportunity to get together again soon!

So ends the 2021 Comics Curmudgeon Summer Fundraiser! Thank you, everybody!

It’s charming that with Mark’s long-running Woods and Wildlife gig at an end, Rusty and Cherry act as guides to his new wilderness of freelance work, relationships, and social media. And reassuring that Cherry never, ever shows him Twitter.

Loretta, it’s like you haven’t been paying attention the past fifty-three years.

Oh look, it’s Boog and Aubee, scions of the dead-eyed Skinner couple, Rover and Hoogy, recapping the story of Aubee’s sylvan birth. “Aubee?”, you ask, “What kind of name is that?” Well, upon delivering her, “Chipper” Wallet, who by the way is a PHYSICIAN’S ASSISTANT, exclaimed, “Well I’ll be! You have a beautiful, healthy baby girl.” Hoogy immediately named her daughter “Aubee,” because she pays as little attention to her children as we’d like to.

Gah, it is so on-message for a high school in Funky Winkerbean to have a teachers’ “workroom” instead of a lounge, even though we’ve never seen anybody doing anything more strenuous there than drinking coffee, nor more intellectually demanding than complaining with those mopey little half-mouths of theirs.

Now I’m no history scholar like Josh, but I’m pretty sure history will still be a thing of the past even when we get better tools to investigate it. But don’t let me rain on Ace’s parade: he’s an official cigar-smoking member of The Apparatus at last!